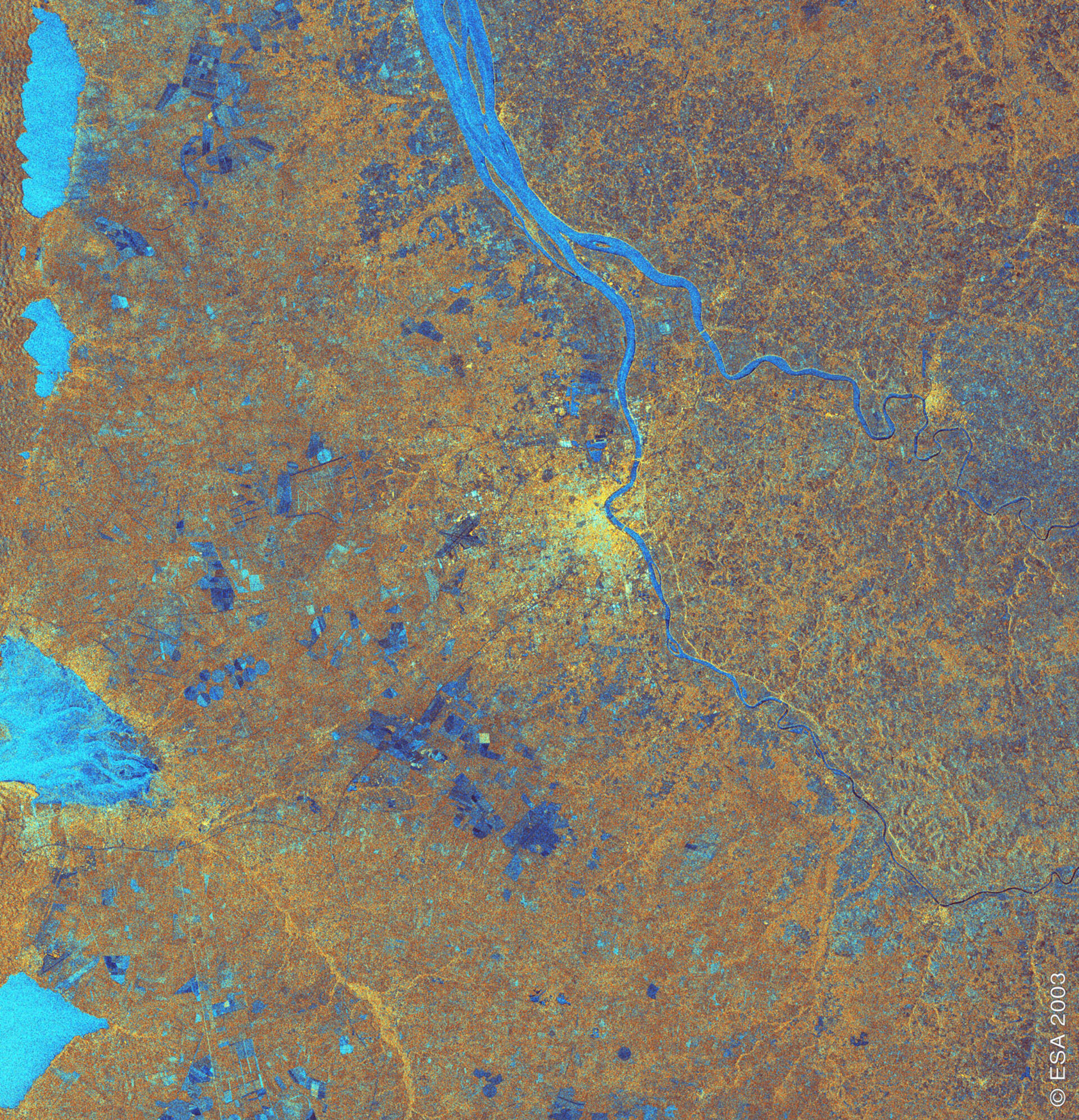 This ASAR APG image shows an area centred over the city of Bordeaux (yellow tone in the centre of the image) within the Garonne valley. Bordeaux, a commercial seaport and industrial city, is located approximately 20 kilometres south of the confluence of the Garonne and Dordogne rivers. To the east, the city of Libourne, within Dordogne valley, is also seen in yellow tones. The widened watercourse of the two merged rivers, flowing westward toward the coast of France, is known as the Gironde. It is the largest estuary in France and one of the largest in Europe. One part of the estuary can be seen at the top centre of the image, divided by small islands and mud banks. The image is a colour composite where the red channel contains the VH polarised image, the green channel contains the VV polarised image and the blue channel contains the ratio between the amplitude in VV and VH. This image demonstrates the advantages of using cross polarised data to discriminate between vegetated areas with strong volume scattering, appearing in brown and orange tones in the image due to the high VH scattering and low-vegetated areas shown in blue tones in the image as a result of the low VH scattering. Both the peninsula between the two rivers and Gironde’s banks are famous wine-producing region (vineyards are shown in blue tones corresponding to low VH scattering). On the other hand, circular sweet corn fields are seen in blue tones to the east of the Bassin d’Arcachon.