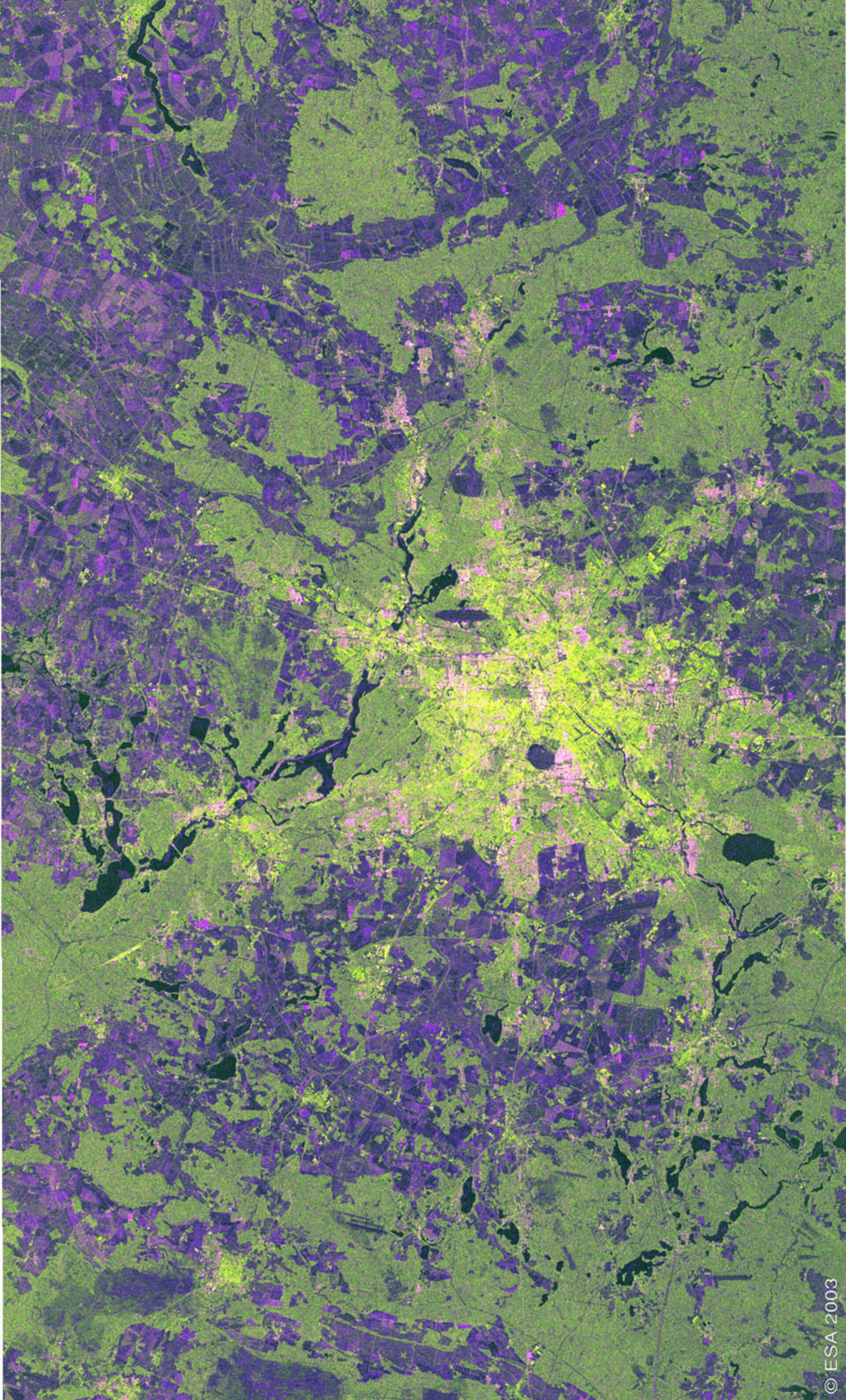 This ASAR APP image shows an area 64.2 km wide by 104.2 km long, covering a part of the state of Brandenburg, located in eastern Germany. The city state of Berlin, the national capital of Germany, appears in yellow green tones in the centre of the image with Spree and Havel rivers flowing through it.

Forestry and agriculture are principally the two important components of Brandenburg's economy. The image shows clearly the delimitation between these two components thanks to the use of cross-polarised data. Vegetated areas, associated to strong volume scattering, appear in solid green tones in the image due to the high VH scattering while low-vegetated areas corresponding to agricultural crops are shown in purplish tones in the image as a result of the low VH scattering.