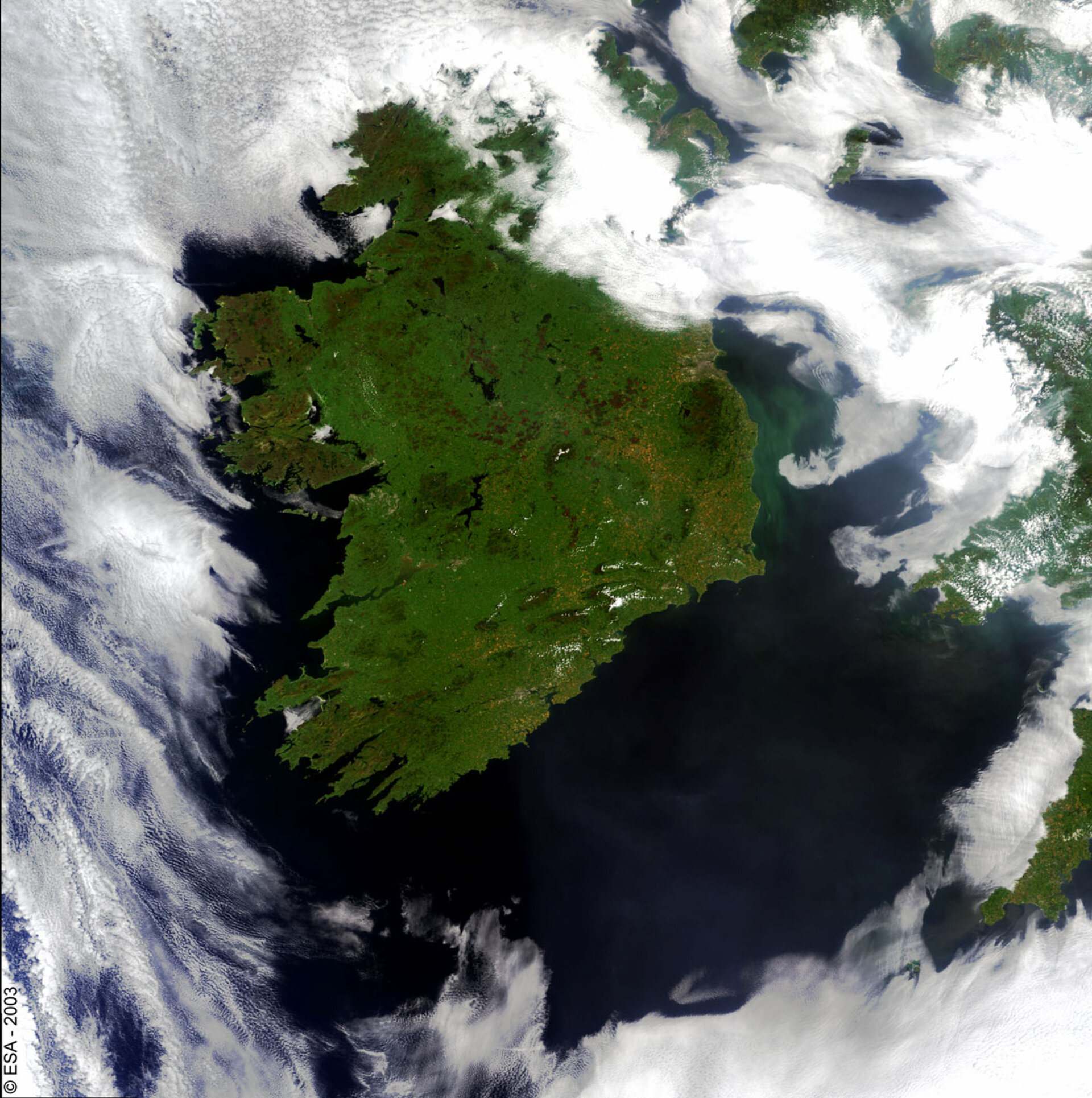 On the eastern coast, the emerald colour in the sea corresponds to sediment and perhaps algae welling up in the shallow coastal waters from Greenore point in the south at the mouth of the Barrow river to Dublin bay in the north at the mouth of the Liffey river. This image was made using bands 7, 5, and 2 of the MERIS instrument, which correspond to visible light and are particularly well adapted to detecting chlorophyll pigments in water.

To the south, the mountains of Munster, which run from west Kerry to west Waterford, through Tipperary, Limerick, and Cork, have capture scant clouds.

To the west, the peninsula of Connemara and the lakes Lough Corrib and Lough Mask (Ireland's largest) are visible near the rugged Atlantic coast.