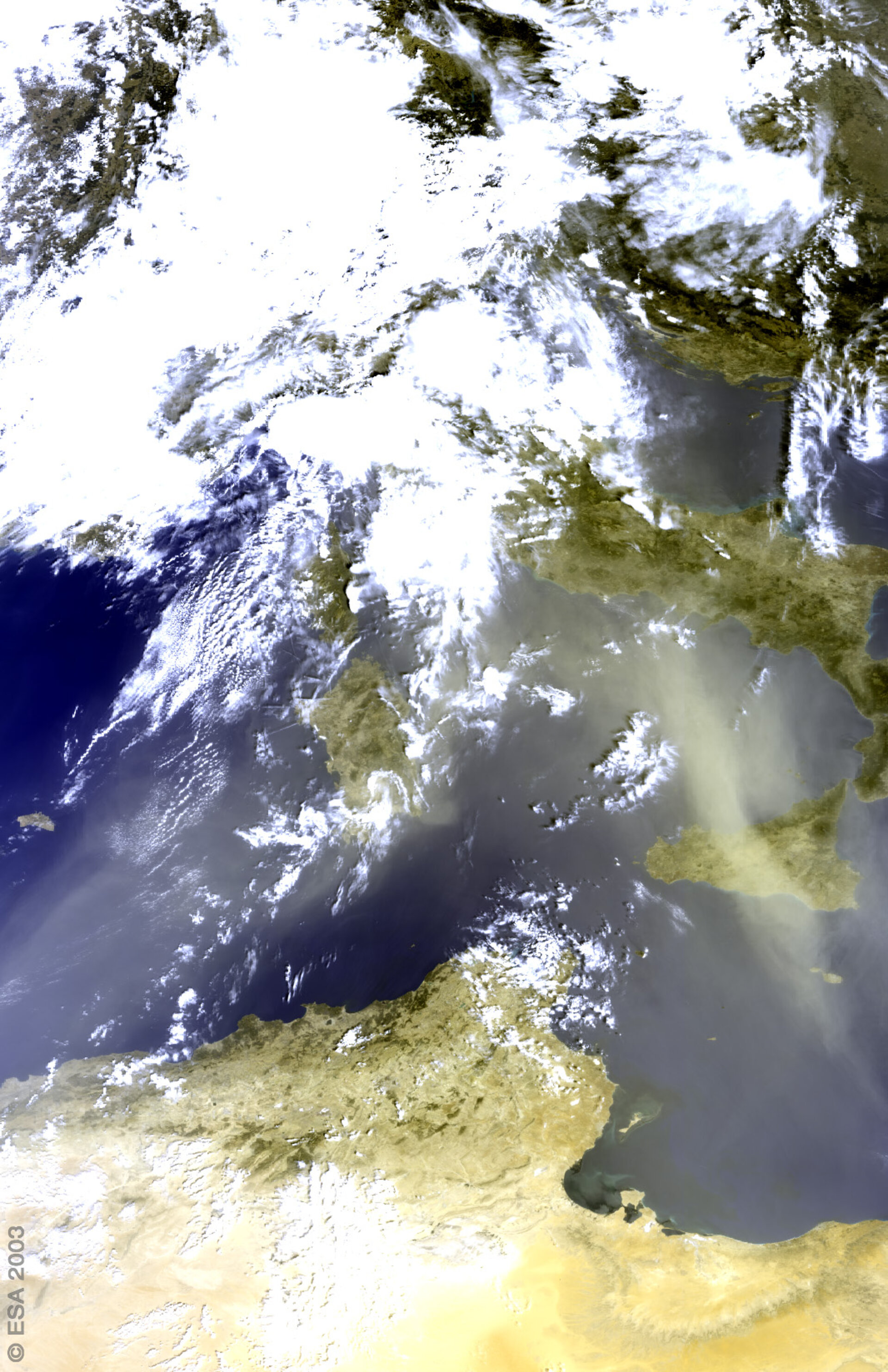 This Medium Resolution Imaging Spectrometer (MERIS) image shows a dust storm (light tan pixels) over the Mediterranean Sea. The day this image was acquired, the north African winds, known as Sirocco, blow dust north-west out over the Mediterranean Sea from the Libyan deserts (in north Africa, to the east of this image), all the way to the Italian mainland crossing the island of Sicily (in the centre right part of the image) and part of Sardinia island to the west. Sicily is subject to constant drought, which is hardly relieved by the oppressive sirocco wind. This is a warm, humid S/SE-wind frequent in spring, early summer and autumn. It starts in North Africa as the "dry sirocco" (dry wind), transporting dust from the Sahara and the Arabian desert. The sirocco picks up moisture as it crosses the Mediterranean ("the damp sirocco"), and then brings rain and fog. On the other hand, a great disturbance can be seen covering north Italy and part of Europe in the upper left part of the image. It became some hours later in an intense storm over the "Friuli Venezia Giulia" region in the north east of Italy with disastrous consequences including two deceased.