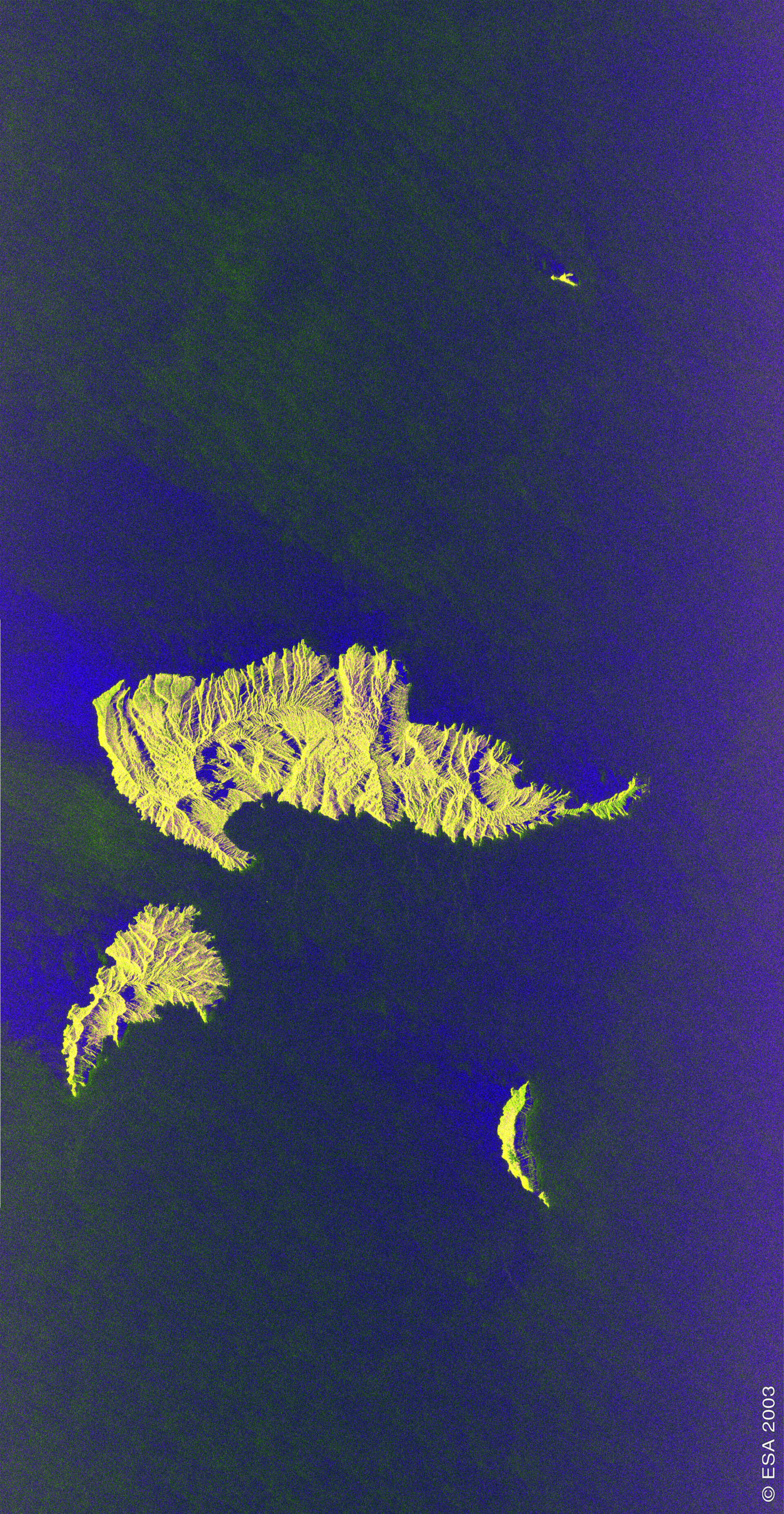 This ASAR APP image shows four of the Southern Marquises Islands, located in French Polynesia, in the middle of the South Pacific Ocean. From top to bottom of the image one can see the islands of Fatu Huku, Hiva Oa, Tahuata and Mohotani, also called Motane. Hiva Oa island, which is famous for being the burial site of Paul Gauguin and of the singer Jacques Brel, is separated from Tahuata island -the smallest inhabited island of the Marquises- by the Bordelais canal, only a few kilometres wide.

The archipelago has a volcanic origin and it is formed by high elevation islands with abrupt and steep cliffy sides. This makes possible to see it from up to 80 kilometres away in case of clear weather. The yellow colour that dominates the islands in the image results from the high backscatter in HV and HH from the mountain slopes facing to the sensor. The use of a high elevation angle (approximately 40 degrees for IS7) makes shadow areas created by the mountains in the image, particularly large.