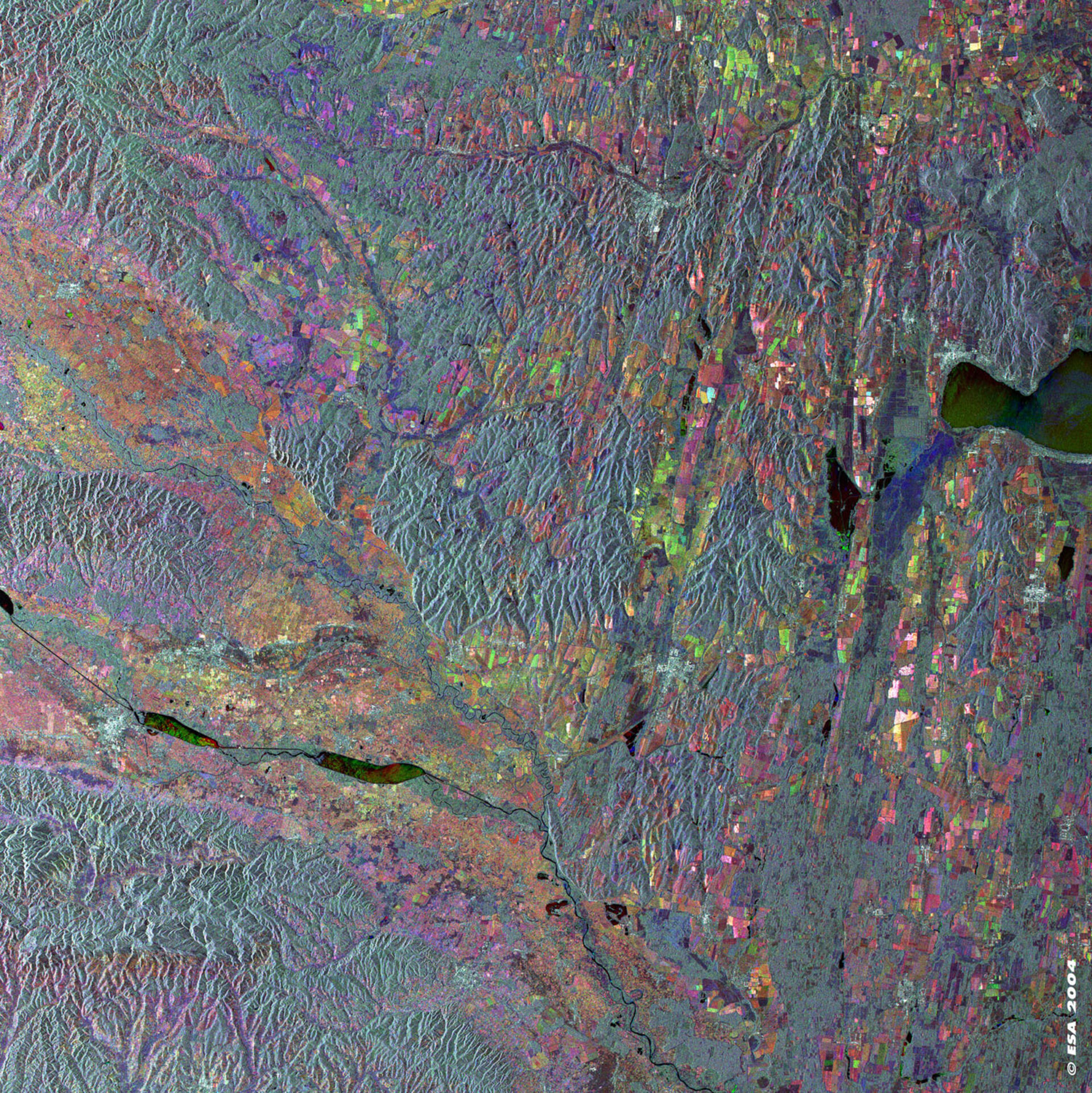 Hungary with the largest lake in central Europe, Lake Balaton, is seen in the top right part of the image and part of the mountainous country of Slovenia is shown on the bottom left corner. The Danube tributary rivers like Drava River, seen in the image flowing from west to southeast, provide highly fertile soils for agricultural use throughout the basin. Several agricultural fields are clearly visible in the image in a large variety of colours depending on the temporal and seasonal evolution of the crops.