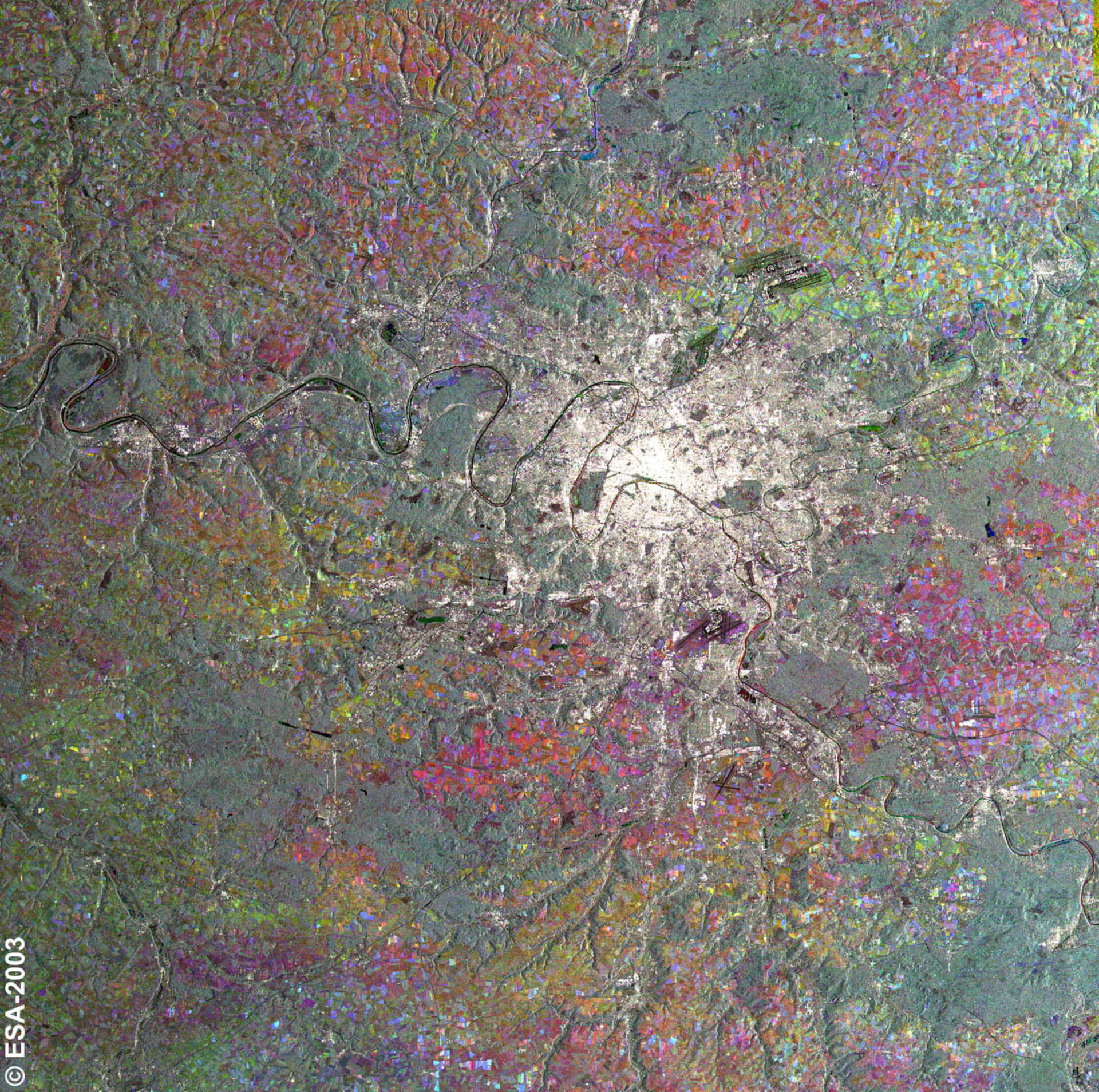 This Advanced Synthetic Aperture Radar (ASAR) multitemporal colour composite image shows an area of 100 Km swath width centred over Paris, France, shown as a large bright area. The image is made of three ASAR images acquired on different dates and assigning a colour (RGB) to each date (Red: 11 January 2003, Green: 3 July 2003, Blue: 3 April 2003).
Visible landmarks are the Seine River that flows across the image, the Peripherique (City Ring), the Charles De Gaulle (north of Paris) and the Orly International (south) Airports.
The gray-greenish patches just outside the Paris Ring Road are the Bois de Boulogne (west) and the Bois de Vincennes (east). The faint line running from the centre of Paris westward is the line formed by the Louvre, the Tuileries Gardens (along the Seine river), the Champs-Elysees, and the Defense.
The magenta and yellow colours around the city are agricultural fields, mostly the wheatfields of the Beauce region, which show a high degree of change from one season to the next.