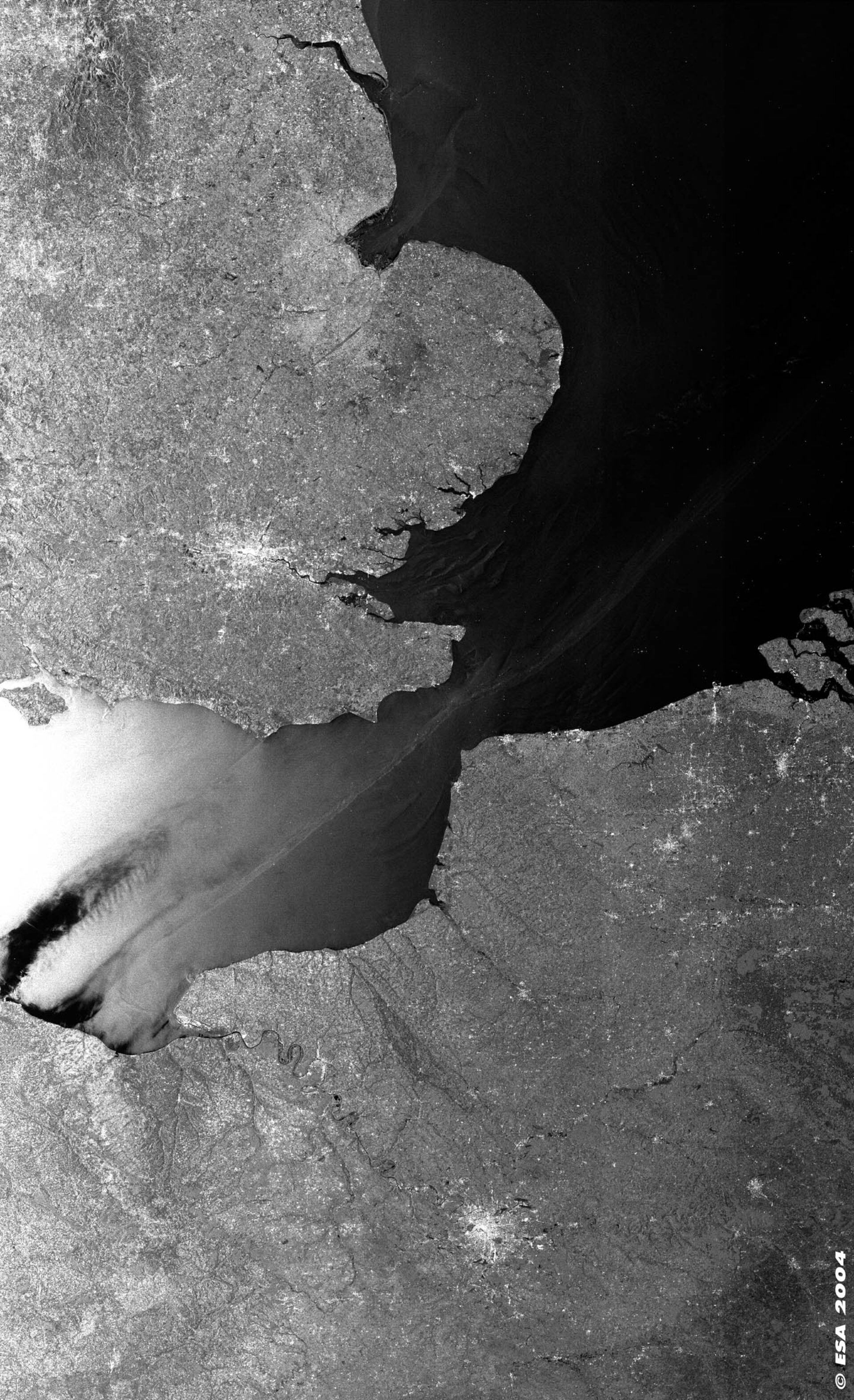 This Advanced Synthetic Aperture Radar (ASAR) image is centred over the Strait of Dover, separating England from France and the European continent, and connecting the English Channel and Atlantic Ocean with the North Sea. The strait of 34 km wide is one of the busiest maritime routes in the world. Numerous ships (bright points) are seen in the image crossing the English Channel.

Paris, the capital city of France, is shown as a large bright area in the bottom of the image. The Seine River flowing through the city and the Charles de Gaulle (north) and the Orly International (south) Airports are well evidenced. London, the capital city of Great Britain, is seen in the top part of the image with the Thames River flowing through it and the Heathrow Airport clearly seen in the west part of the city.