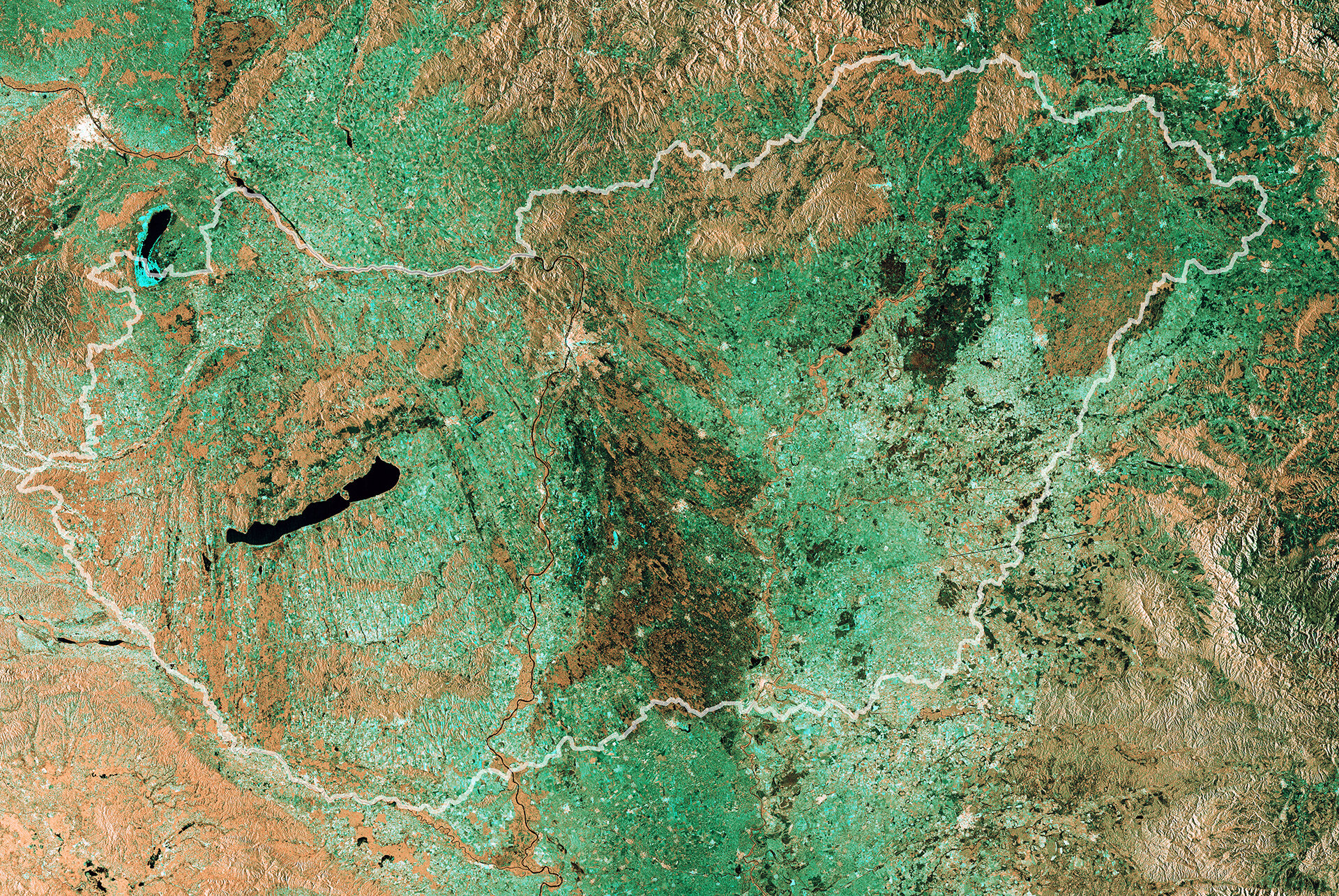 This image of Hungary, with the political border in white, is a mosaic of 11 scans by Sentinel-1A’s radar from October to December 2014.

The scans were recorded in ‘dual polarisation’ horizontal and vertical radar pulses, from which the artificial colour composite was generated.

The majority of the landlocked country has an elevation lower than 300 m above sea level, but there are also a number of mountain ranges. The Great Hungarian Plain dominates the south and east of the country. Above it lies the North Hungarian Mountains region – the mountains appearing brownish in colour in this image, although they would appear green to the eye.

Lake Balaton is seen in the west of the country. With a surface area of about 590 sq km, it is mainly fed by the Zala River at its western end. The lakewater flows out near the eastern end via an artificial channel called the Sió, which eventually feeds into the Danube River – which we can clearly see running north to south through the country.

The capital, Budapest, is visible along the Danube as a cluster of bright radar reflections. Located at the centre of the Carpathian Basin, the city boasts multiple thermal springs, earning it the nickname ‘City of Spas’.

On 24 February, Hungary signed the Accession Agreement to the ESA Convention. Following the conclusion of the ratification process by the Hungarian Government and once the ratification instrument is deposited with the Government of France, Hungary will become the 22nd ESA Member State.

To mark the signing of the Accession Agreement, ESA has recently launched the Hungarian language webpage.