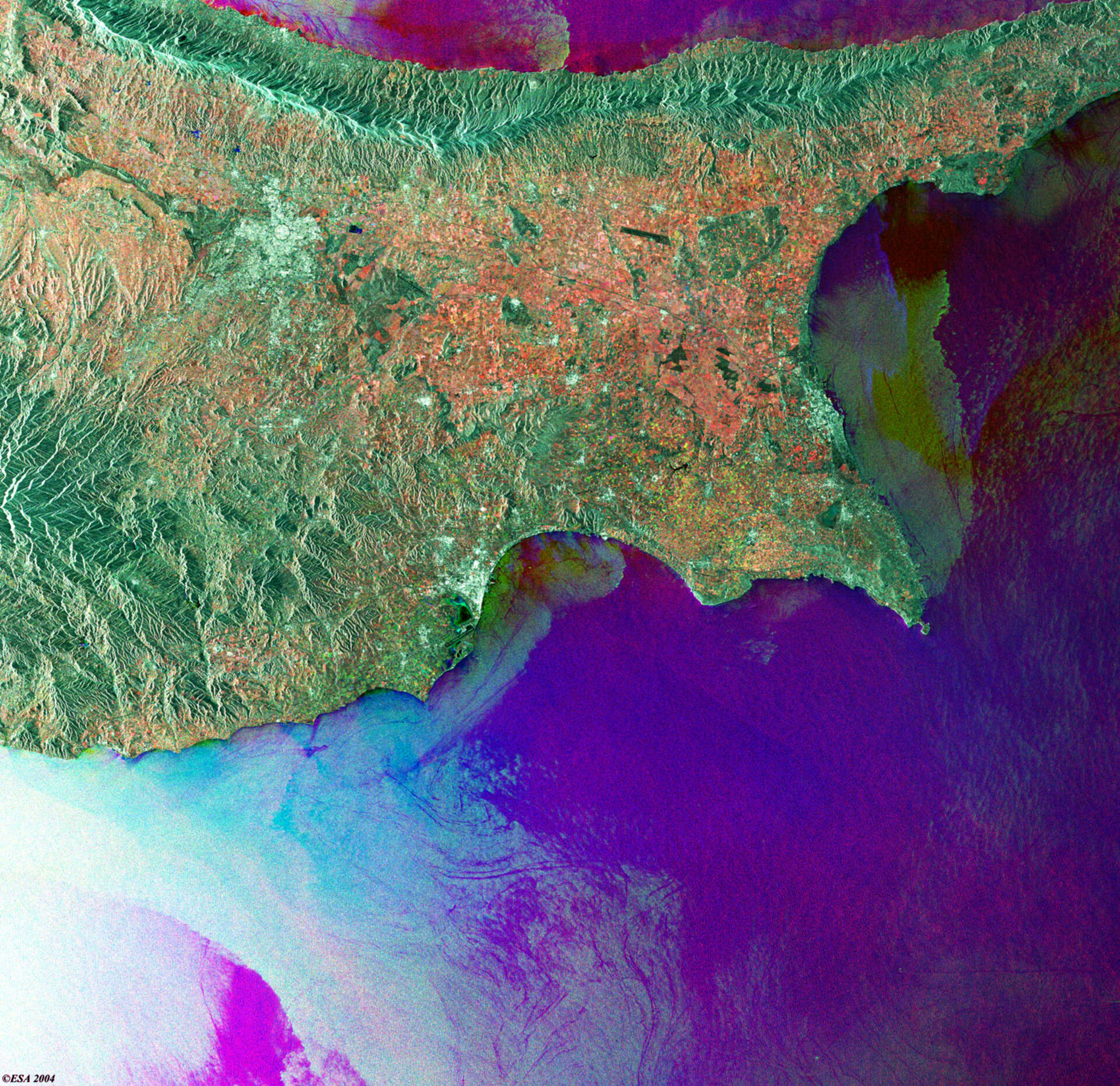 This Advanced Synthetic Aperture Radar (ASAR) multitemporal colour composite image centred over the island of Cyprus located in the extreme eastern part of the Mediterranean Sea. Visible landmarks are Nicosia, one of the world's oldest cities, shown as a large bright area in the center of the island.

To the north are the mountains of the Kyrenia Range. The range parallels the coastline, extending into the Karpas Peninsula (upper right). Southwest of Nicosia are the Troödos Mountains.