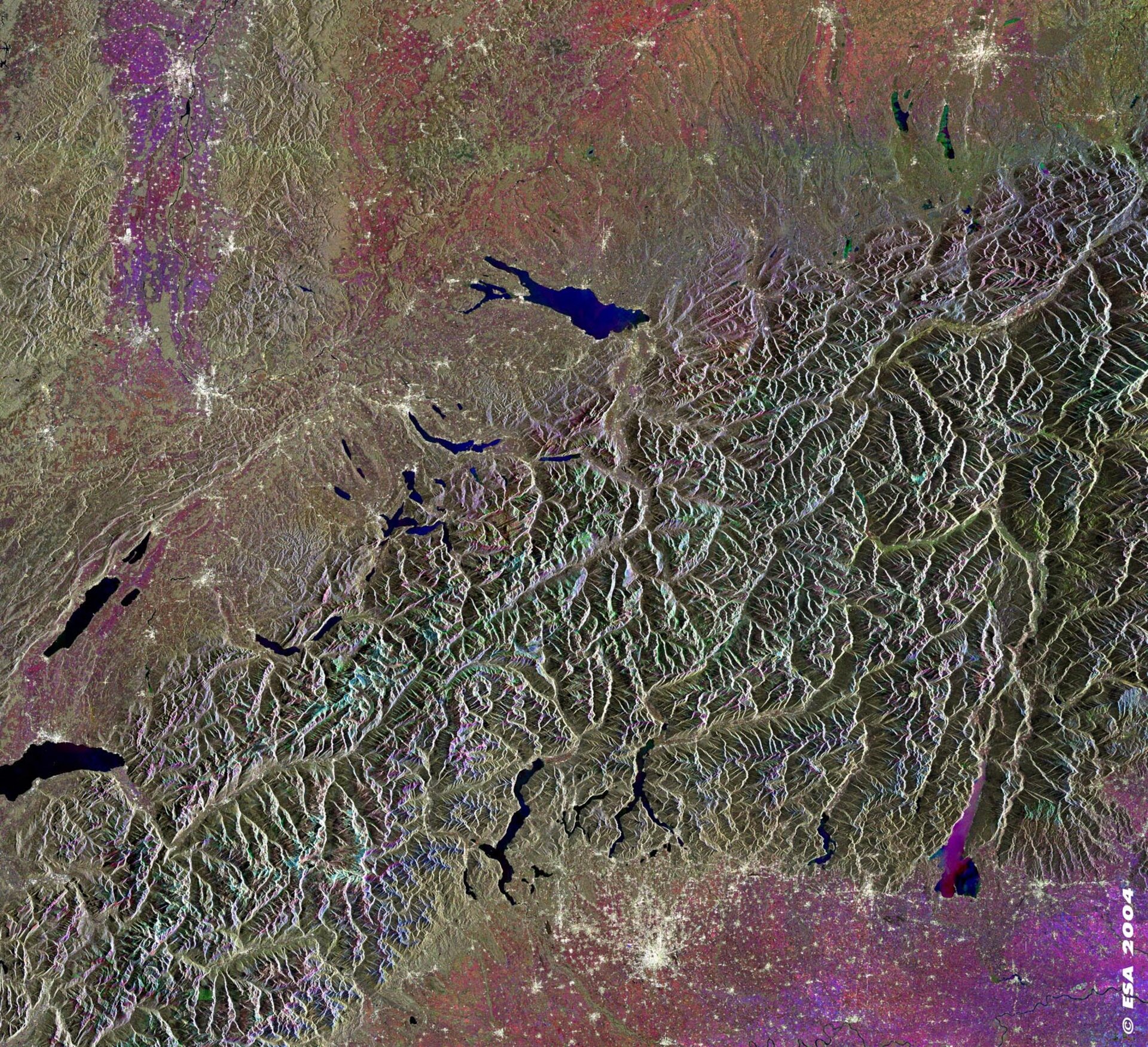 This Advanced Synthetic Aperture Radar (ASAR) multi temporal colour composite image represents an area of 405 Km swath width, centred over Switzerland, one of the most mountainous countries of Europe, with more than 70 percent of its area covered by the Alps. The image is composed of three ASAR WSM images acquired on different dates and assigning a colour (RGB) to each date (Red: 31 October 2002 - Green: 20 March 2003 - Blue: 29 January 2004).

Switzerland extends from Lake Geneva (Lac Léman) seen in the left bottom part in the image to the Bodensee (Lake of Constance) in the central top part of the image. Its large city is Zürich, on the Lake of Zürich (to the southwest of the Lake Constance), being an important commercial and manufacturing centre and financial capital of Switzerland. Other Swiss cities visible in the image are: the capital city Bern (in the central west part of Switzerland), Lausanne (on Lake Geneva) and Basel (surrounded by a rich agricultural region in the northern part of the country). Other big cities of countries bounding Switzerland are clearly visible in the image. In the top left corner of the image is the French city Strasbourg, Munich (Germany) is in the top right corner of the image and Milan (Italy) in the bottom part in the image.