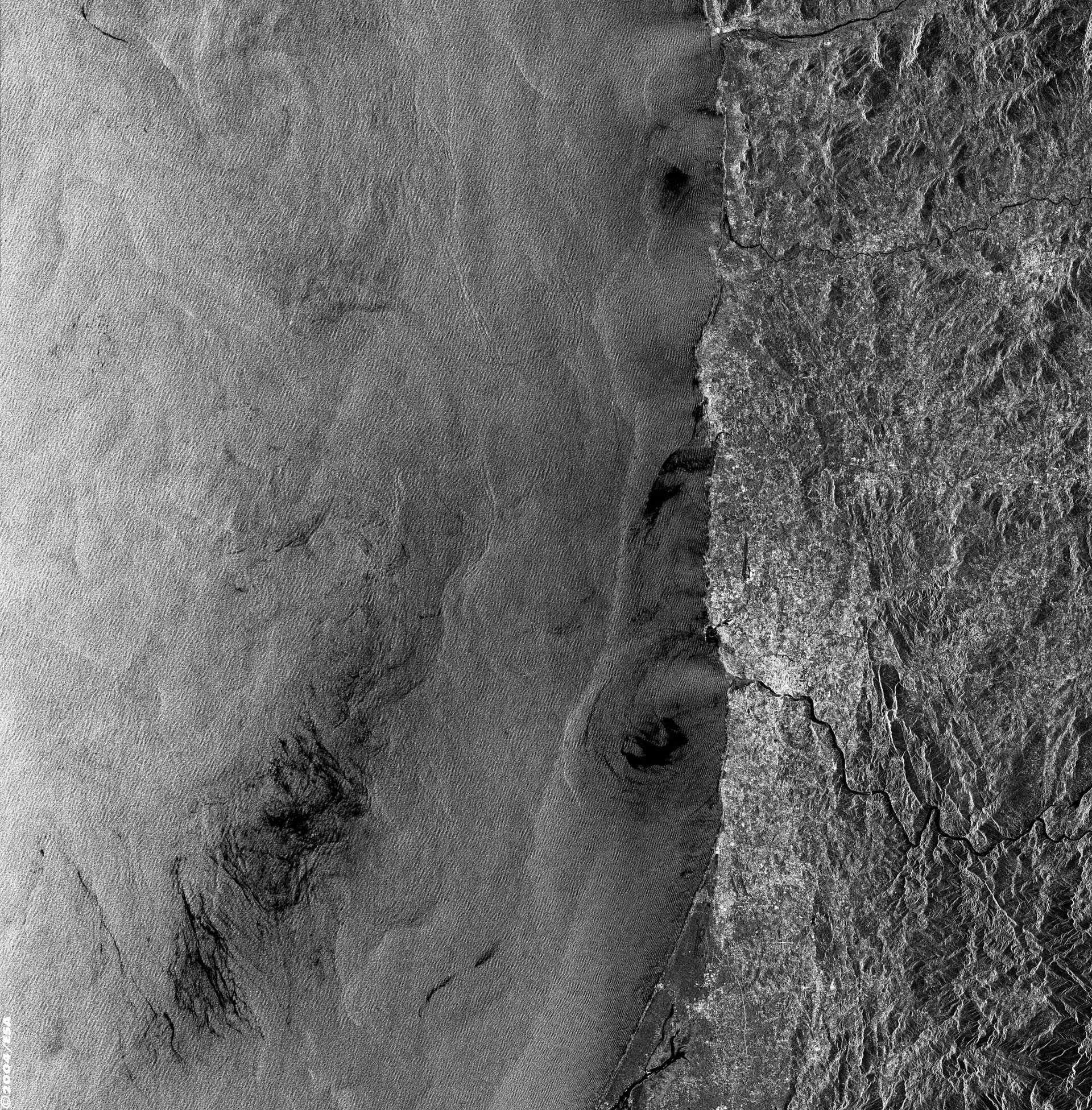 This Advanced Synthetic Aperture Radar (ASAR) displays the Portuguese city of Porto. The city mainly rests on the northern flanks of the River Douro. The river rises in the Soria Province of central Spain before flowing into the Atlantic Ocean at Porto 895 km later.

The area of Porto on the southern flanks of the river is home to the cities famous wine storage houses and "Port" is named after the city.

If we zoom into the image we can see the cities airport to the north, and harbour extending out into the Atlantic.