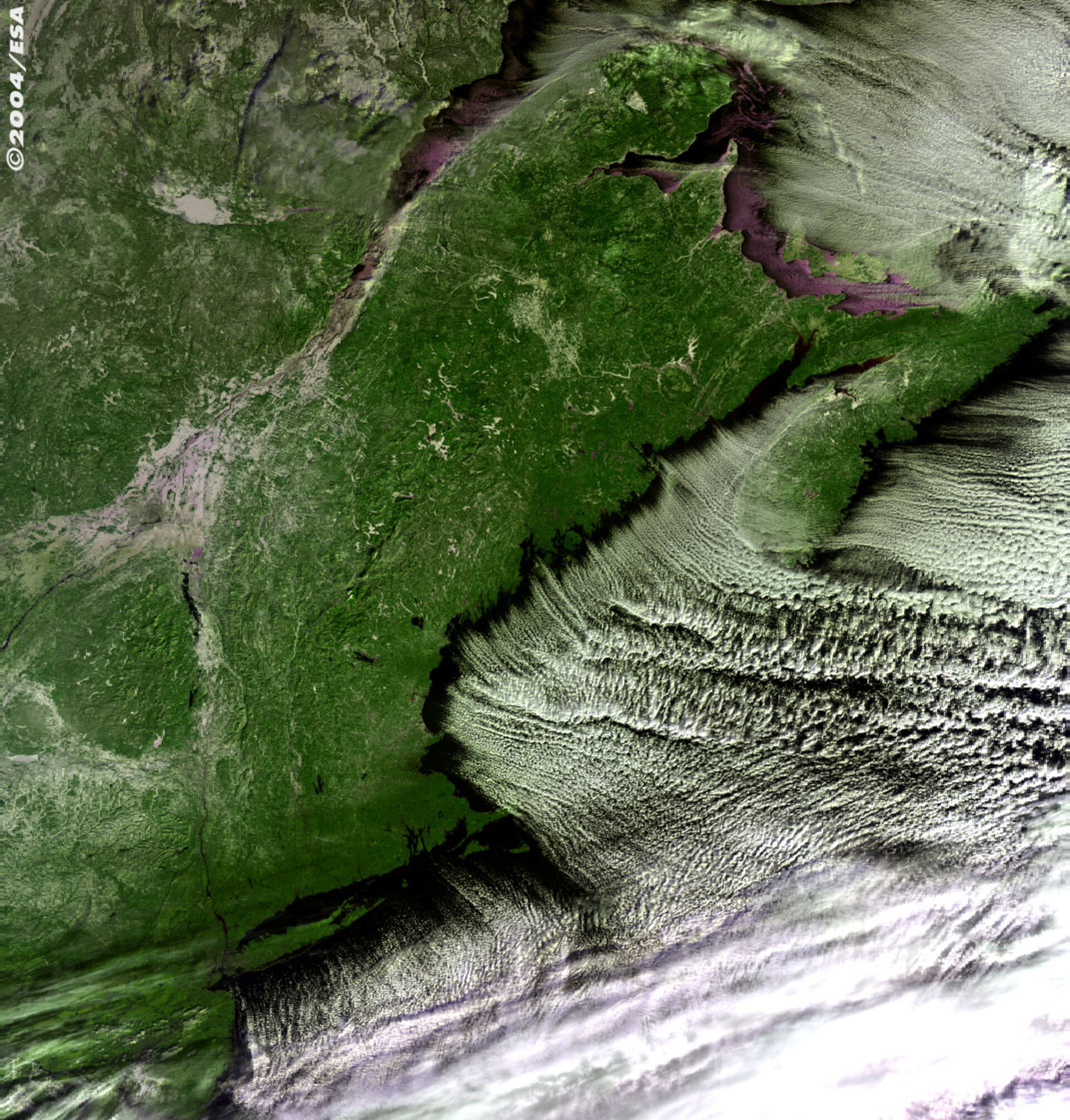 This MERIS false colour image shows a weather front encroaching in on the eastern, North America seaboard. The clouds follow shoreline the cities of Boston and New York can be seen. Further north is Nova Scotia and on the eastern seaboard we can see Halifax. Across the Bay of Fundy, which is famed for having the highest and most powerful tides in the world, we head into New Brunswick.