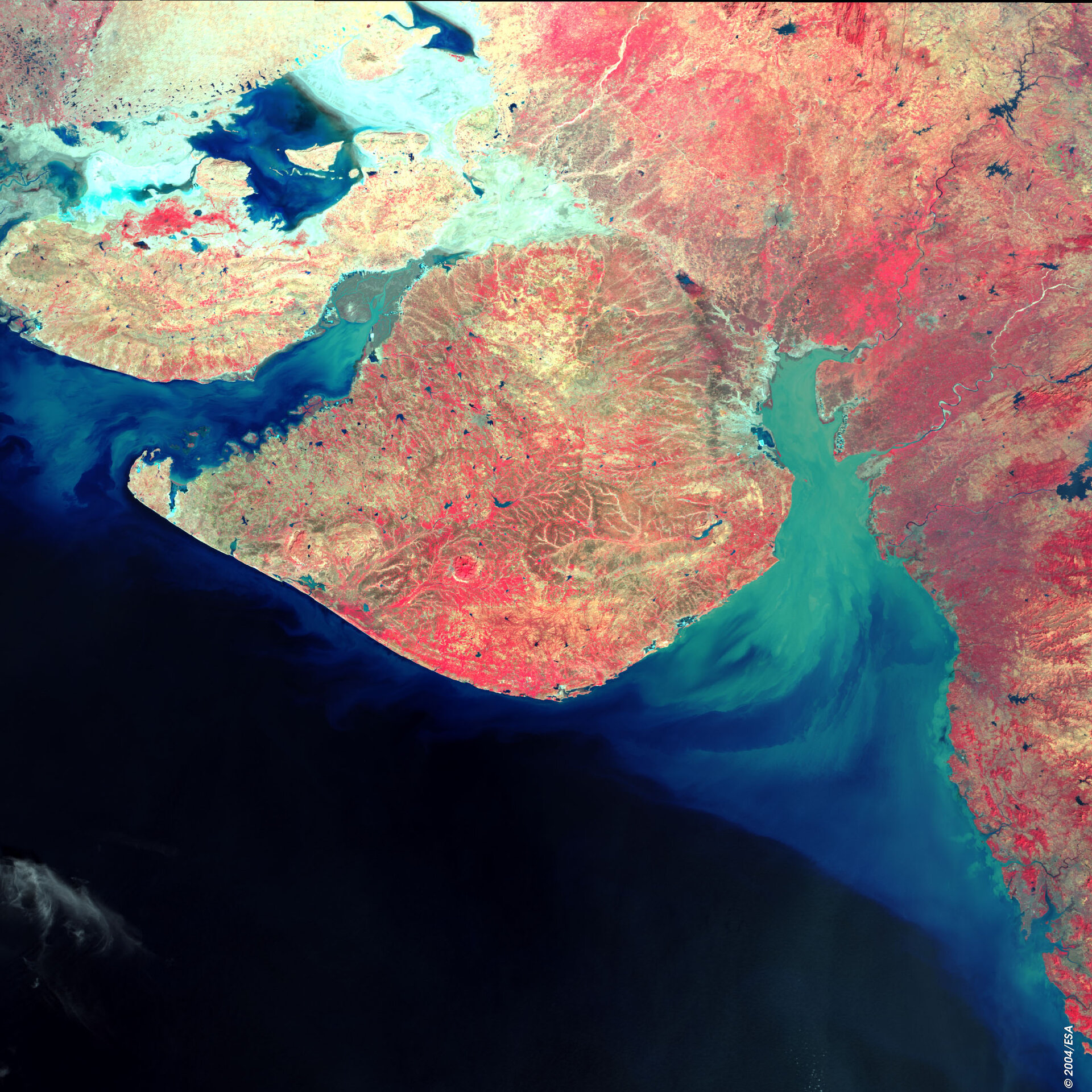 This MERIS (MEdium Resolution Imaging Spectrometer) image is of Gujarat in north-eastern India. The State has a population of over 50 million, with its capital Gandhinagar and largest city Ahmadabad visible in grey tones in the north east of the province.

Much of the state is a fertile plain, healthy vegetation is shown as red in the image, which is cut by several rivers. Sedimentation from some of these rivers in the Gulf of Kachchh, to the north, and the Gulf of Khambhat, can be clearly scene in green shades in the sea. The sudden change from light blue to dark blue in the image is likely to be caused by a relatively sudden change in ocean depth.

To the north the brighter shades are mudflats, which border the Thar Desert at the top of the image.

In the south east corner of the image is the city of Bombay (or Mumbai) with a population of nearly 12 million it is one of the largest and most congested cities in the world. The city used to be made up of 7 islands, though through dredging and land reclamation the islands have been linked to form one, Bombay Island.