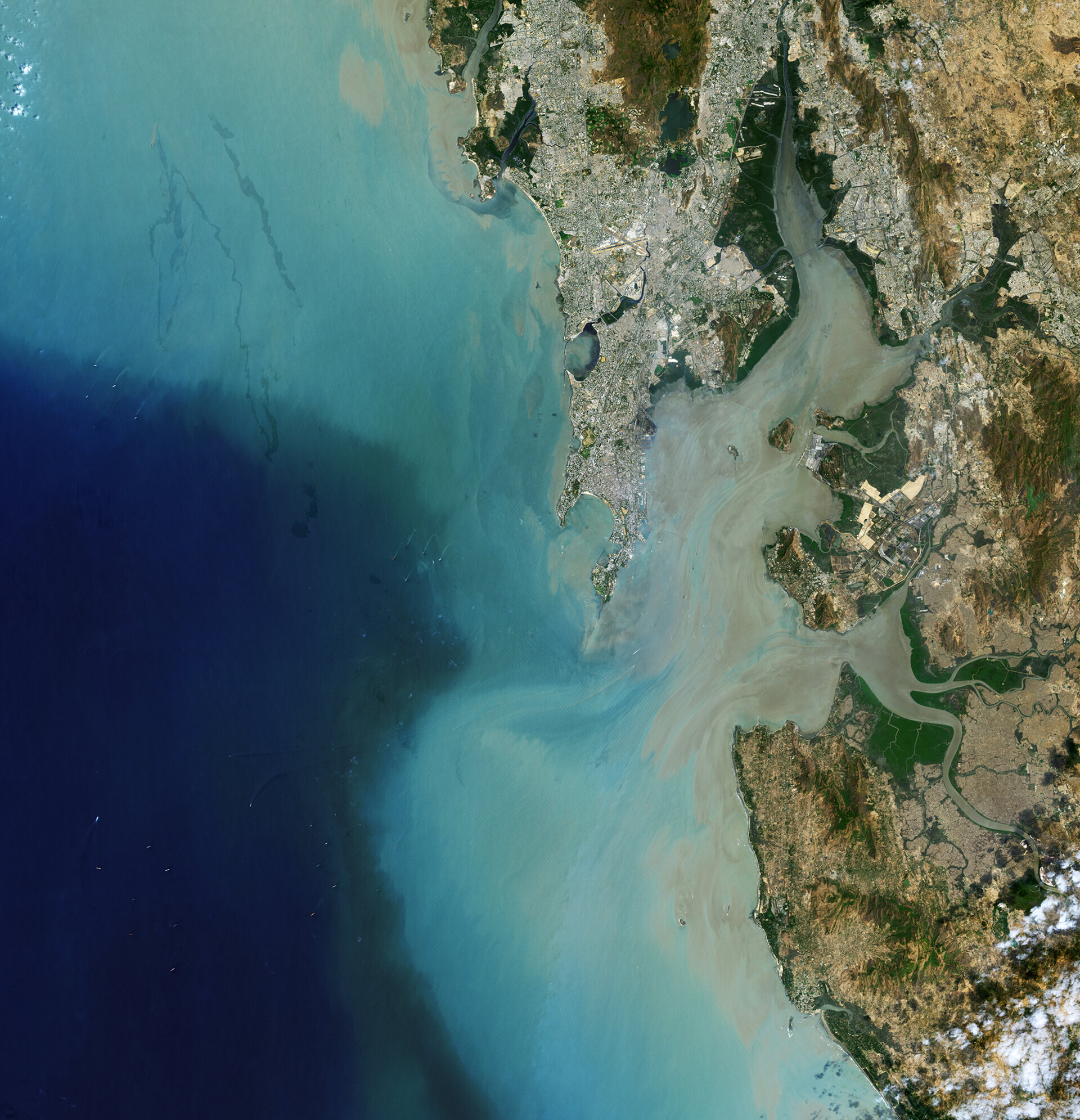 The western Indian city of Mumbai is pictured in this image from Japan’s ALOS satellite.

Mumbai sits at the mouth of the Ulhas River – seen in the upper right – which carries sediments into the harbour and out to the Arabian Sea. Numerous vessels are visible in the waters, some of them approaching the city’s naturally deepwater harbour.

To the west of Mumbai and across the water is Navi Mumbai, one of the world’s largest planned townships, developed to decongest Mumbai.

Mumbai is the fifth largest metropolitan area in the world, with a population of over 20 million. It is located on a claw-like peninsula of Salcette Island (centre), which was originally seven separate islands until 19th century land reclamation projects joined them together.

The docks of Mumbai harbour are located on the east side of the peninsula. The curve at the bottom of the peninsula is Back Bay, and we can see the sands of the Chowpatty Beach within the curve.

The oval green space on the west side of the city is the Mahalaxmi hourseracing track.

Near the top of the image we can see the Sanjay Gandhi National Park, with lakes and vast green areas.

Joggers, nature lovers and devotees who worship deities are common in the park – as are leopards. Leopard sightings often occur on the periphery of park, mainly due to abundant food resources such as stray dogs, which live off refuse. One study found that dogs form well over half of the leopards’ diet.

This image, acquired by ALOS on 23 March 2011, is featured on the Earth from Space video programme.