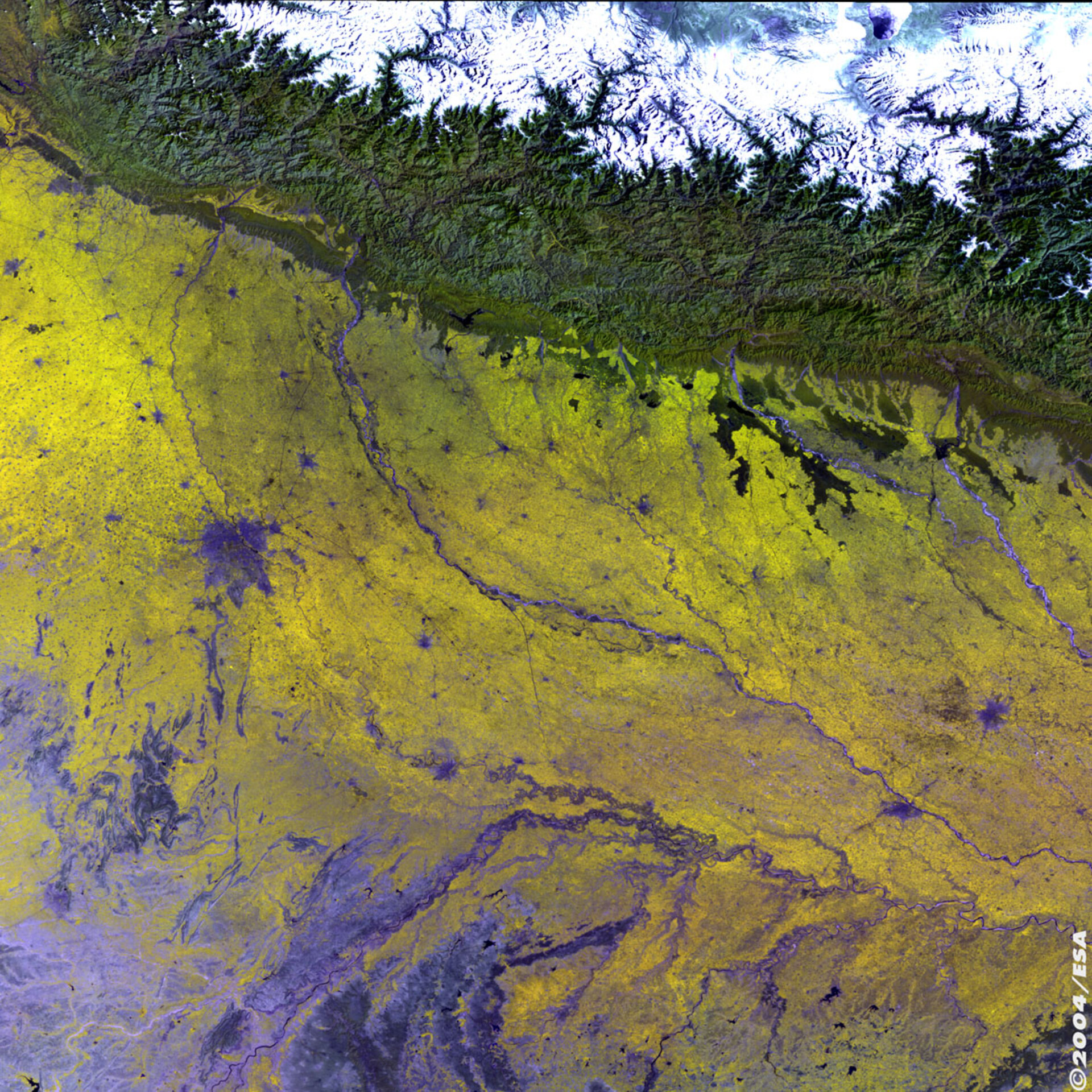 This MERIS (MEdium Resolution Imaging Spectrometer) false colour image spectacularly shows the contrast between the snow covered mountain tops of the southern Himalaya of Nepal and the plains of Northern India. Clearly visible to the west of the image is the capitol city, New Delhi, lying on the Yamuna River. Road networks can be seen going to and from the city and the nearby towns and cities, most prominent being Lucknow and Kanpur in the east.

The prominent Ganges River, of which the Yamuna is a tributary, is visible to the east of the city. With its source in the Himalayas it flows 2,510 km into the Bay of Bengal.