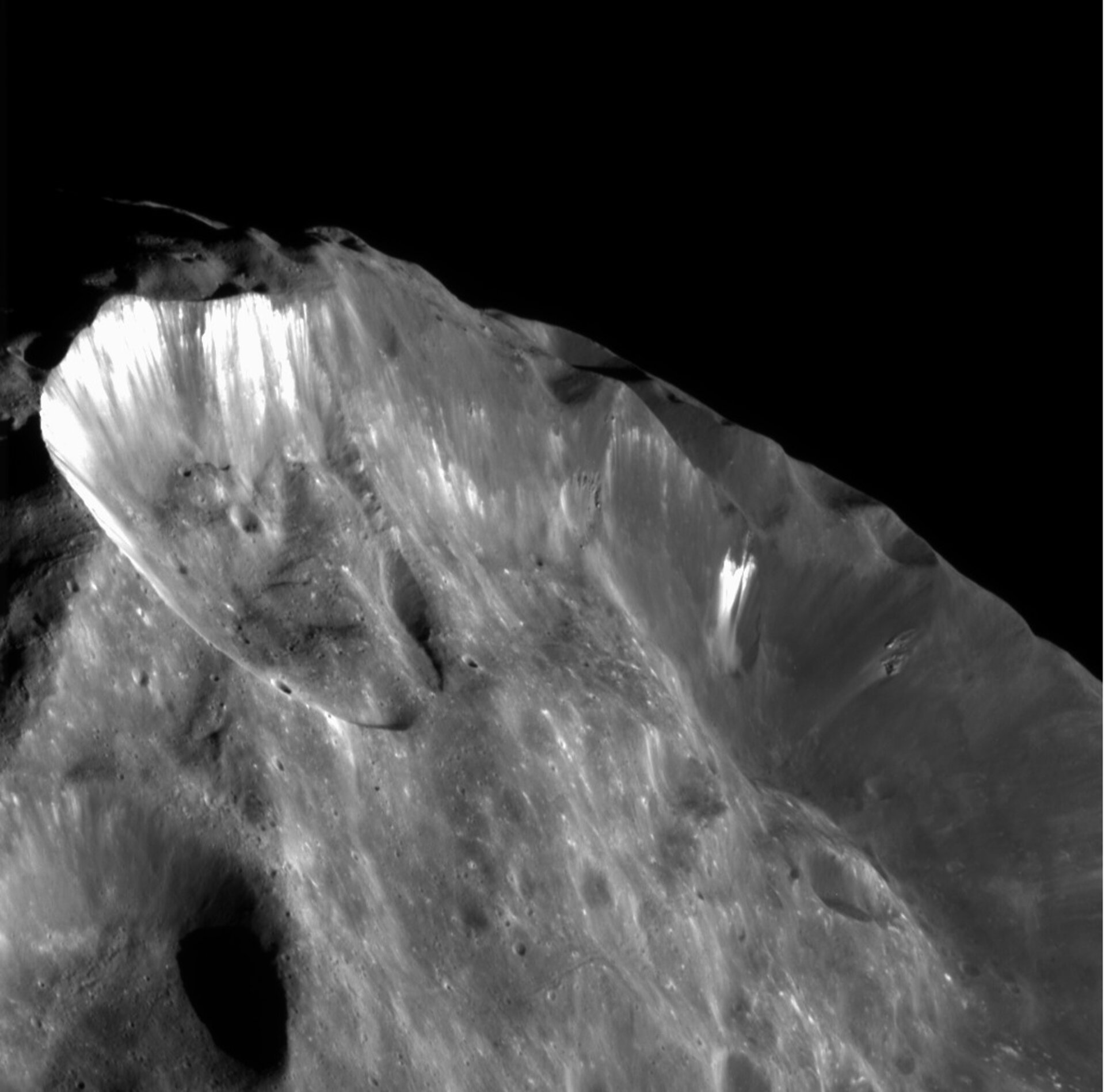 Images like this one, showing bright 'wispy' streaks thought to be ice revealed by subsidence of crater walls, are leading to the view that Phoebe is an icy-rich body overlain with a thin layer of dark material. Obvious downslope motion of material occurring along the walls of the major craters in this image is the cause for the bright streaks, which are over-exposed here. Significant slumping has occurred along the crater wall at top left.

The slumping of material might have been caused by a small projectile punching into the steep slope of the wall of a pre-existing larger crater. Another possibility is that the material collapsed when triggered by another impact elsewhere on Phoebe. Note that the bright, exposed areas of ice are not very uniform along the wall. Small craters are exposing bright material on the ‘hummocky’ floor of the larger crater.

Elsewhere on this image, there are local areas of outcropping along the larger crater wall where denser, more resistant material is located. Whether these outcrops are large blocks being exhumed by landslides or actual 'bedrock' is not currently understood.

This image was obtained with an angle of 78 degrees between the Sun, Phoebe and the spacecraft, from a distance of 11 918 kilometres. The image scale is approximately 70 metres per pixel. No enhancement was performed on this image.