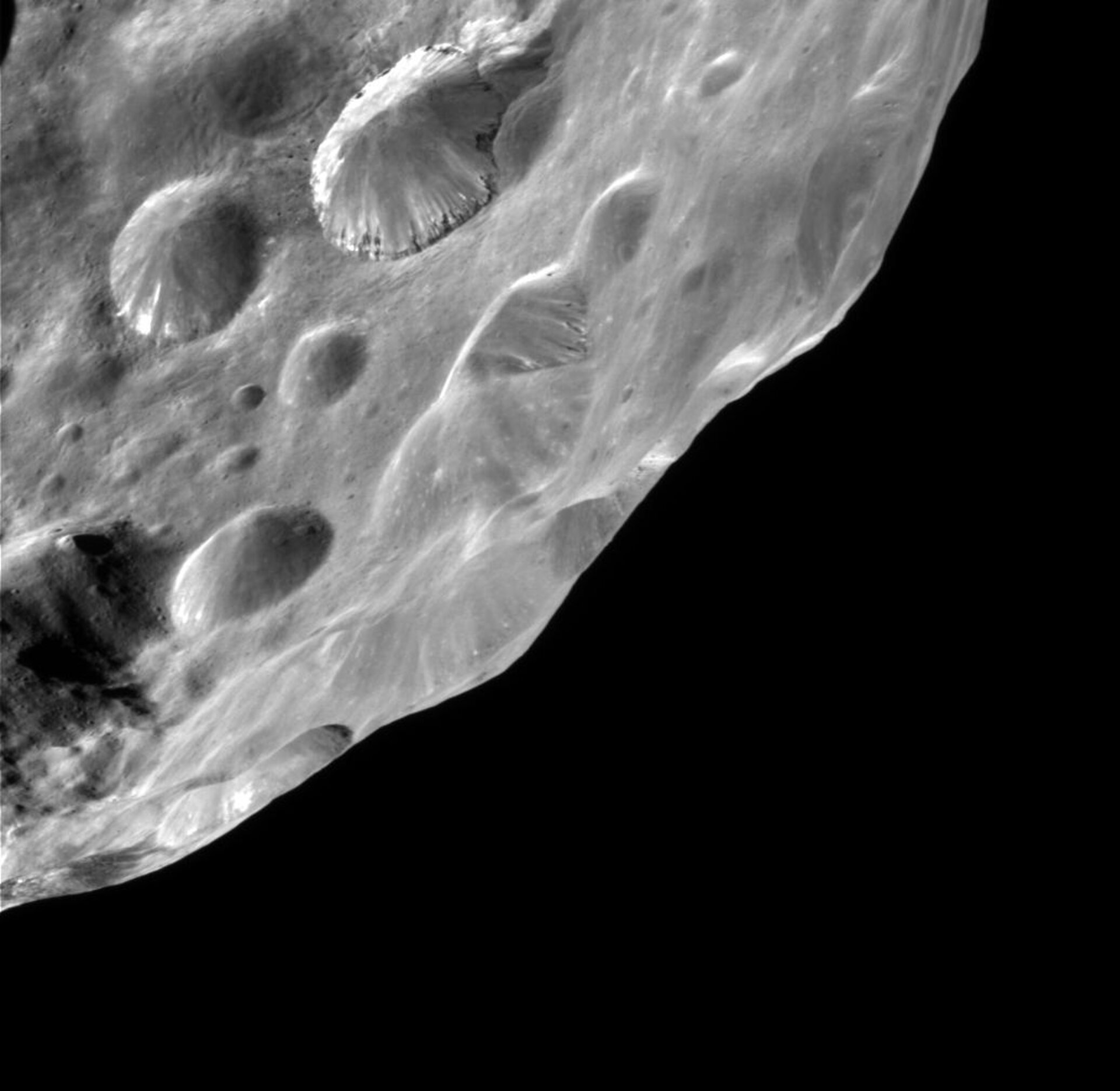 Cassini-Huygens sees probable evidence on Phoebe of an ice-rich body overlain with a thin layer of dark material. The sharply-defined crater at above centre exhibits two or more layers of alternating bright and dark material.

Imaging scientists on the Cassini-Huygens mission have hypothesised that the layering might occur during the crater formation, when ejecta thrown out from the crater buries the pre-existing surface that was itself covered by a relatively thin, dark deposit over an icy mantle.

This image was obtained on 11 June 2004 from a distance of 13 377 kilometres. The image scale is approximately 80 metres per pixel. No enhancement was performed on this image.