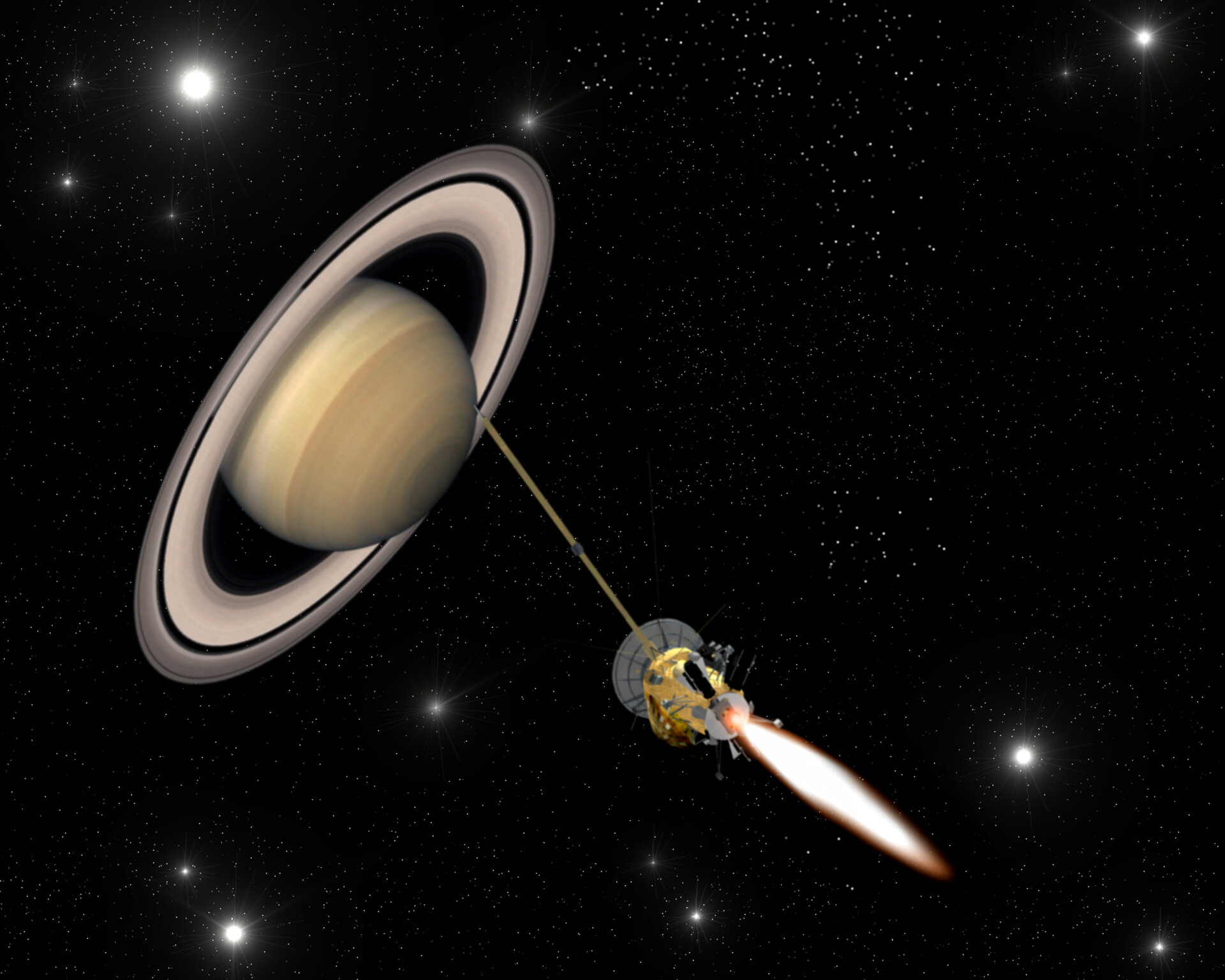 Artist's impression of Cassini-Huygens closing in on Saturn

Artist's impression of the Cassini-Huygens spacecraft closing in on Saturn.