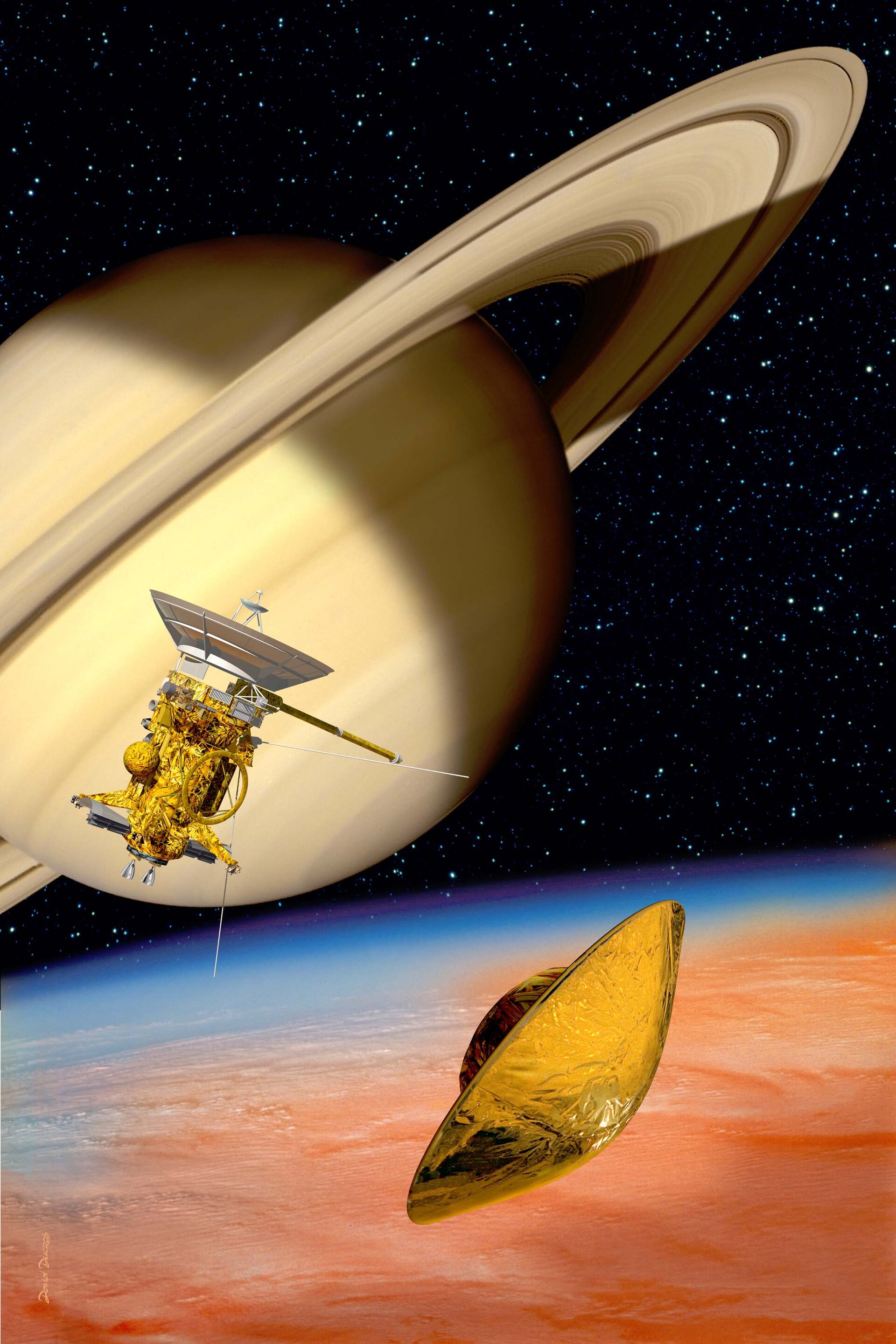 Huygens will be the first spacecraft to land on a world in the outer Solar System. In January 2005, it will land on the surface of Titan, Saturn’s largest moon, and the only moon in the Solar System to possess a thick atmosphere. The Huygens data may offer clues about how life began on Earth. Huygens is currently in space, hitching a ride on NASA’s Cassini mission, which was launched by a Titan IVB/Centaur rocket on 15 October 1997. In an artist’s illustration, Huygens is here seen in the lower right corner while approaching the reddish/blue Titan moon below. Cassini is illustrated closer to Saturn.