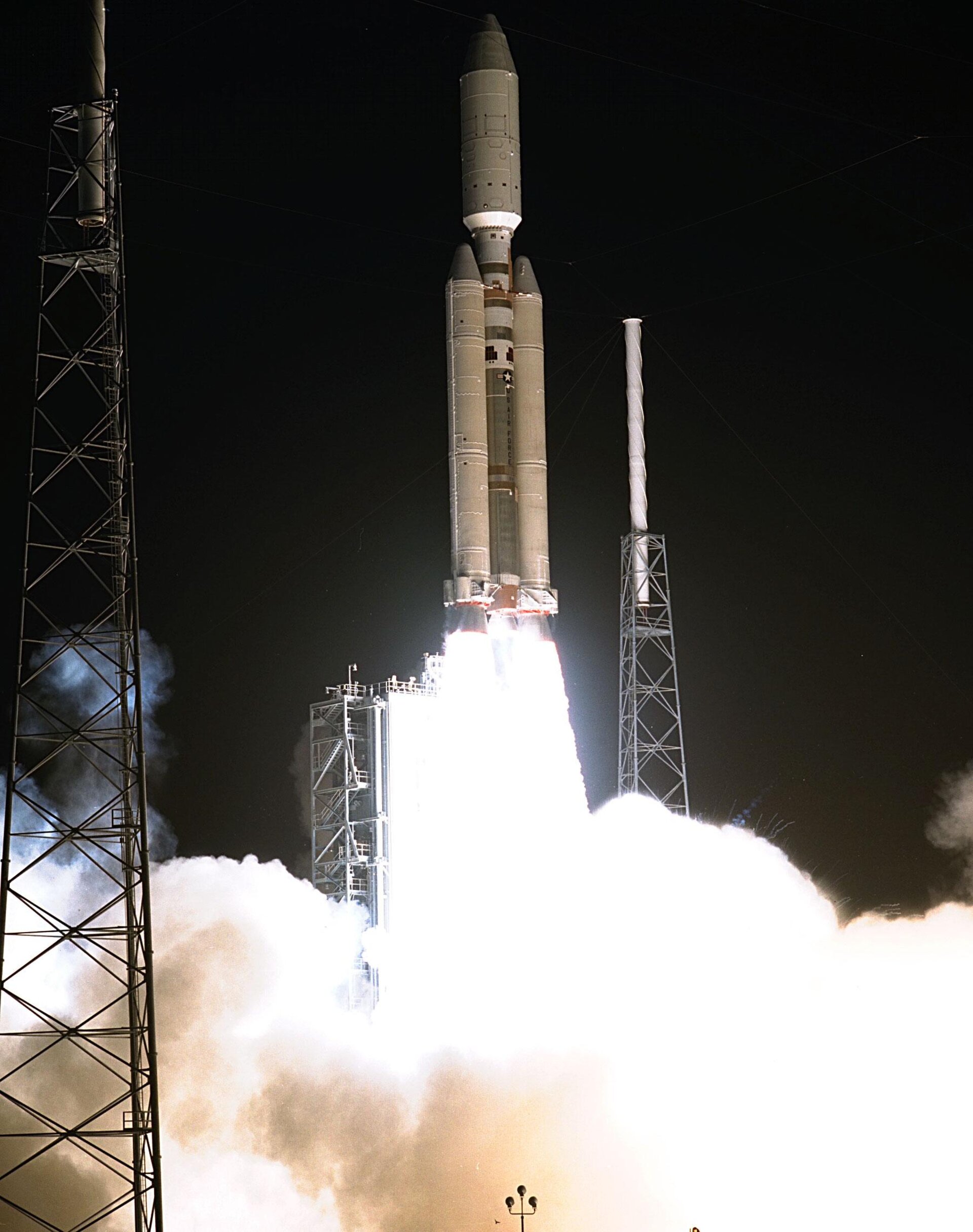 At 08:43 UT, 15 October 1997, a Titan IV-Centaur rocket was launched from Cape Canaveral carrying the Cassini-Huygens spacecraft.