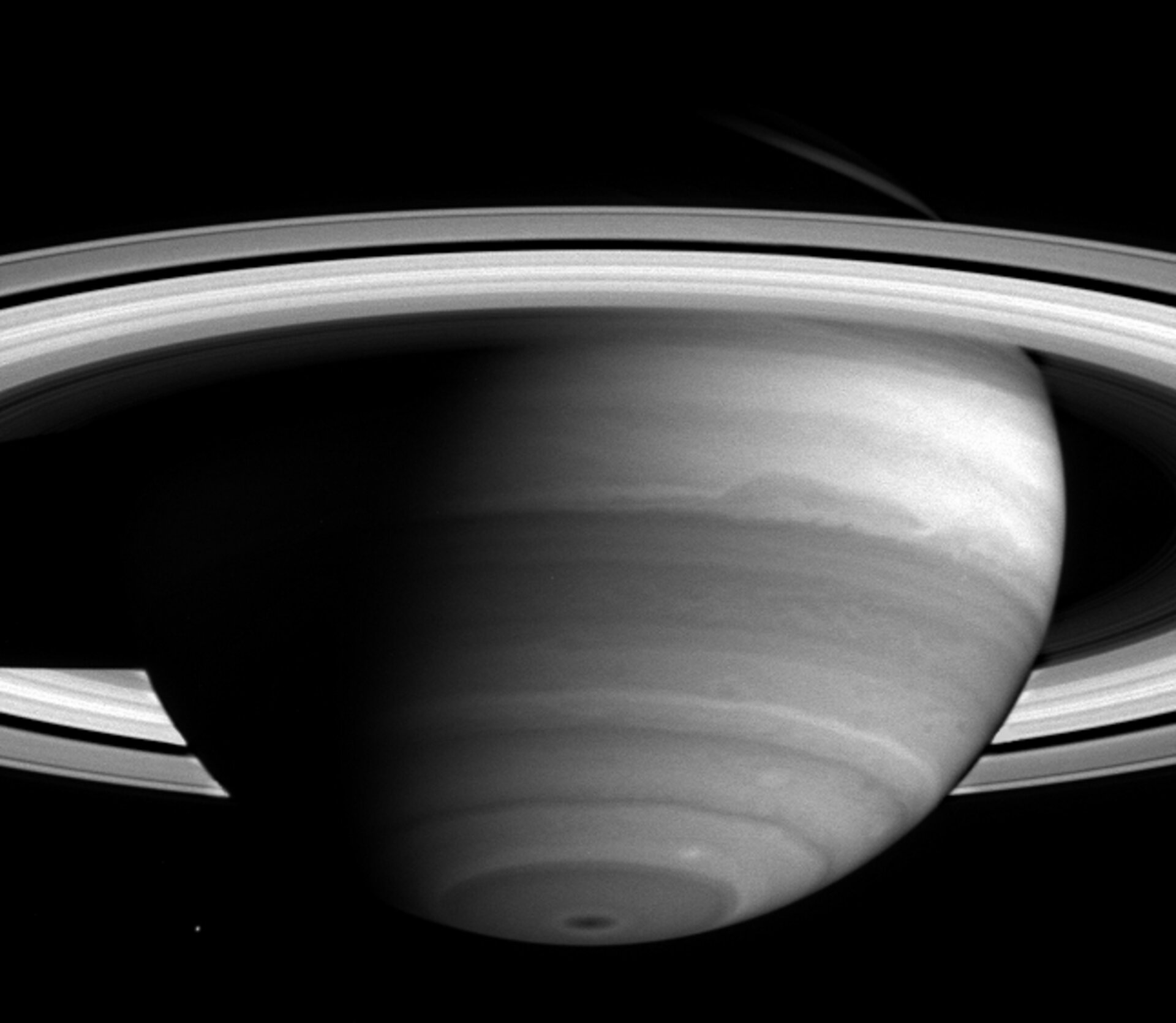 Bands of cloud and lace

As Cassini nears its rendezvous with Saturn, new detail in the banded clouds of the planet's atmosphere are becoming visible.

Cassini-Huygens began the journey to the ringed world of Saturn nearly seven years ago and is now less than two months away from orbit insertion on 1 July. Cassini’s narrow-angle camera took this image on 16 April 2004 when the spacecraft was 38.5 million kilometres from Saturn.