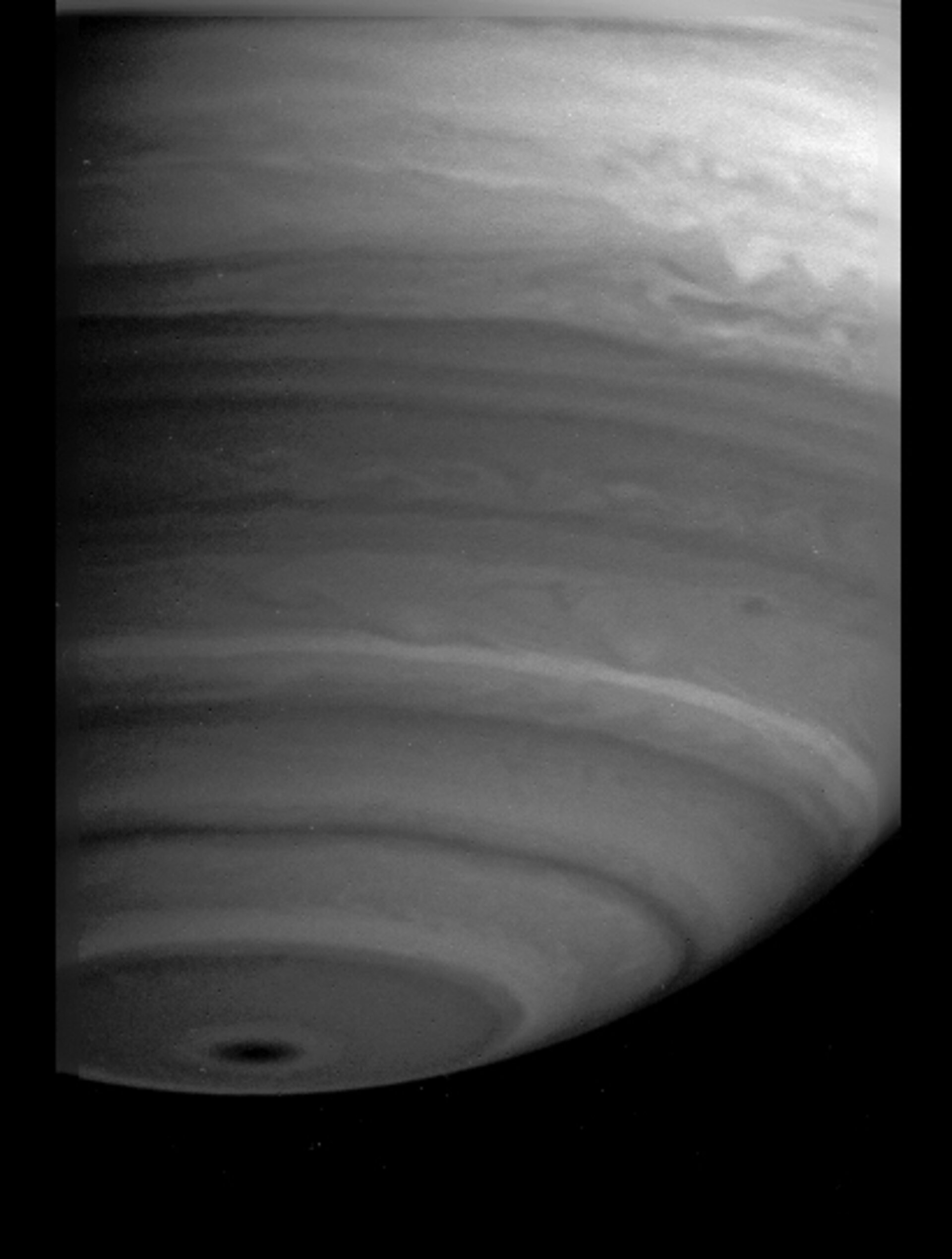 Swirls of clouds on Saturn

This image shows dramatic details in the swirling, turbulent bands of clouds in Saturn's atmosphere. Particularly noteworthy is the disturbed equatorial region. The image was taken with the Cassini narrow-angle camera on 10 May 2004, in the spectral region where methane strongly absorbs light. It was taken at a distance of 27.2 million kilometres from Saturn. Image scale of the high resolution image is 162 kilometres per pixel. Contrast in the image was enhanced to aid visibility.