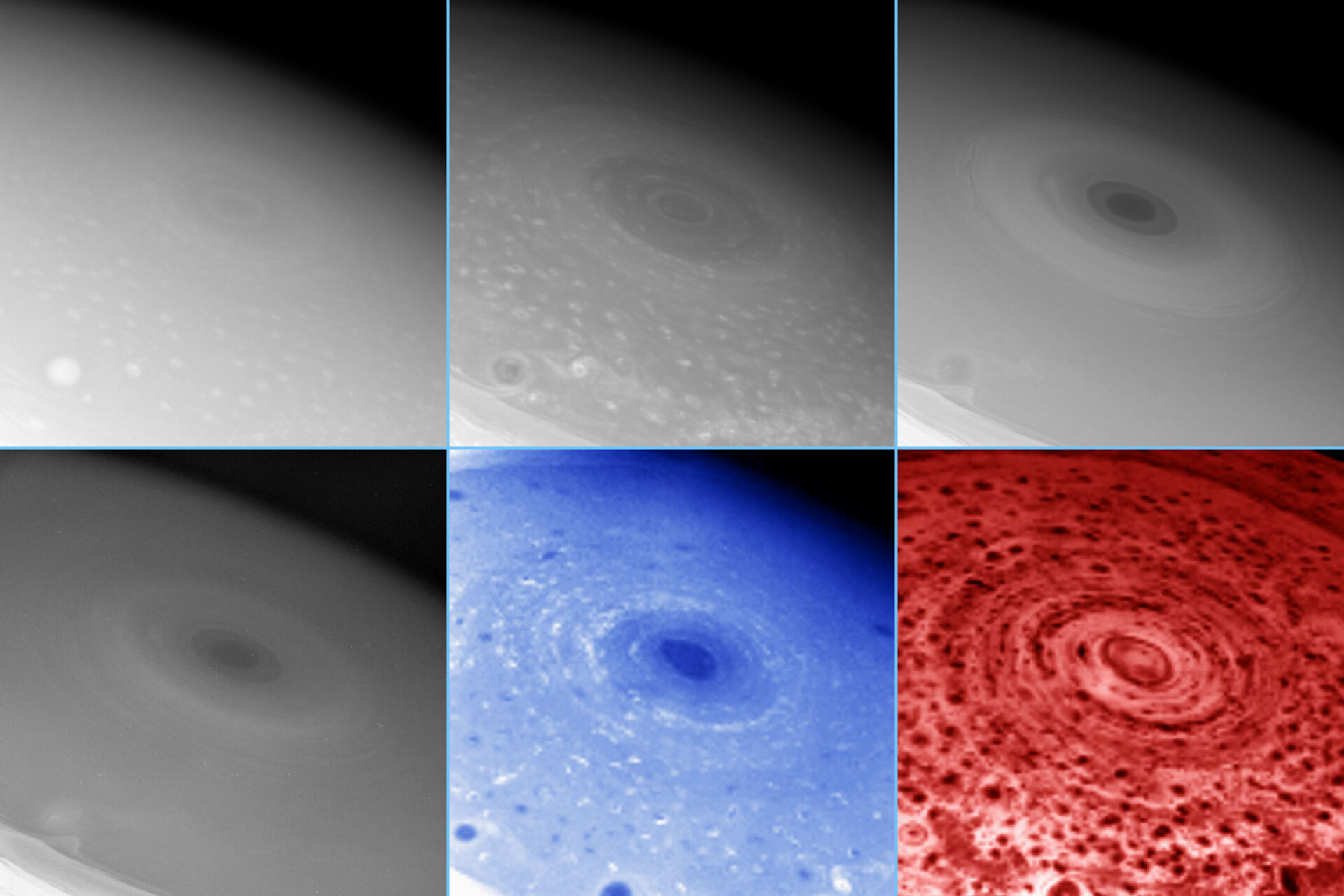 These images of Saturn's south pole, taken by two different instruments on Cassini, show the hurricane-like storm swirling there and features in the clouds at various depths surrounding the pole. Different wavelengths reveal the height of the clouds, which span tens of kilometers in altitude.

The four monochrome images displayed here were acquired by the Imaging Science Subsystem (ISS); the blue and red images in the bottom row were taken by the Visual and Infrared Mapping Spectrometer VIMS). The images are arranged in order of increasing wavelength in nanometers as follows: (top row) 460 nm, 752 nm, 728 nm; (bottom row) 890 nm, 2,800 nm, 5,000 nm.

At the centre of the cauldron of storms spinning around the South pole is the South pole itself, which literally appears to be the eye of this vast polar storm system. As in a hurricane on Earth, the south polar ‘eye’ is relatively clear of clouds and is surrounded by a wall of towering clouds that cast shadows into the centre. However, while morphologically similar, it is not clear if this vortex operates in the same fashion as a terrestrial hurricane.

Literally hundreds of storm clouds encircle the pole, appearing as dark spots in the infrared spectrometer thermal image (red image) and as both bright and dark spots in images taken in sunlight (blue image). Each of these spots represents a storm. These pictures reveal that Saturn's south pole is a cauldron of storm activity.