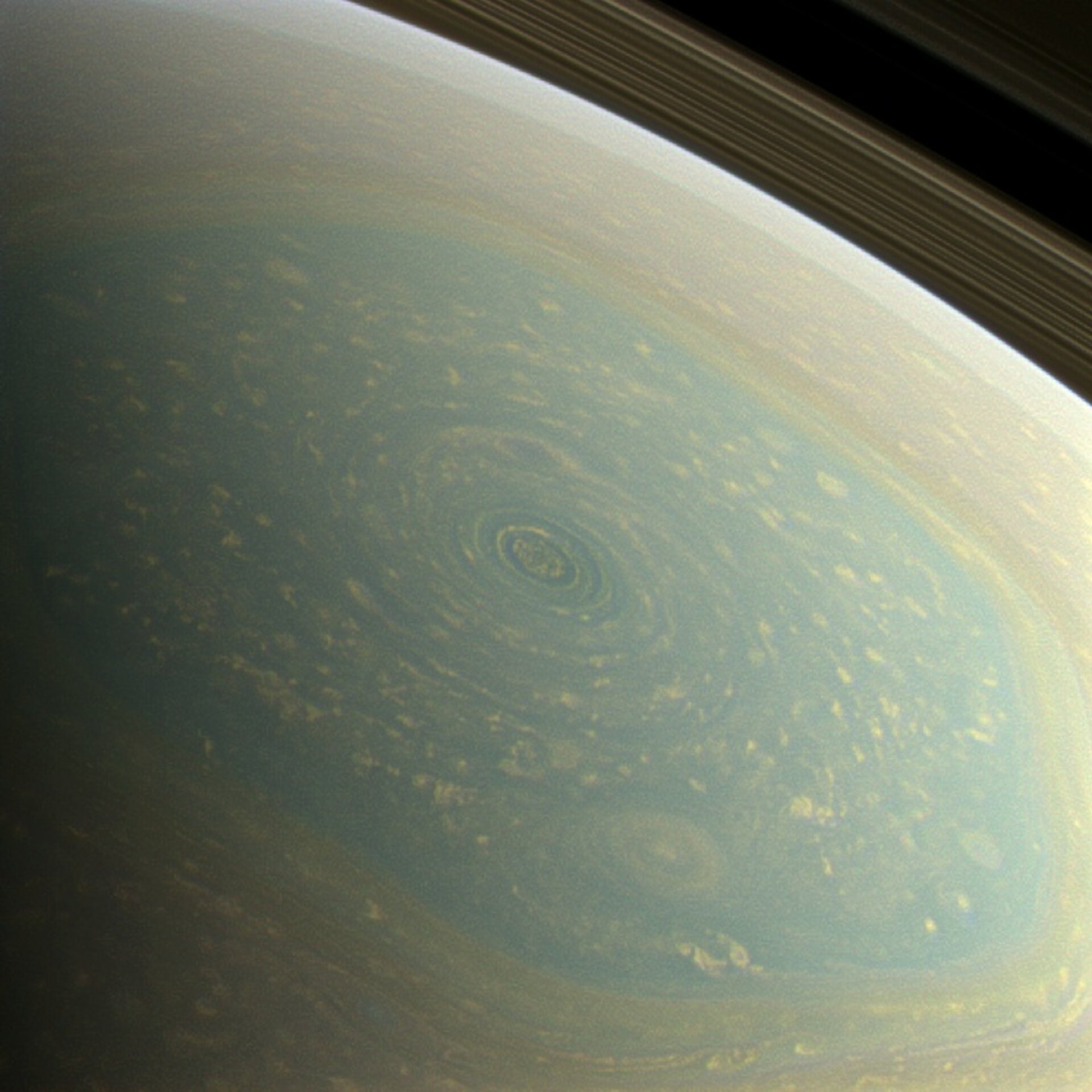 A hurricane, spanning some 2000 km, has been identified at the heart of Saturn’s hexagonal jet stream at the planet’s north pole by the international Cassini spacecraft. A portion of Saturn’s rings can be seen in the distance.

Images with red, green and blue spectral filters were combined to create this natural-colour view, which is what the human eye would see if we were there at Saturn.

The image was acquired with the Cassini spacecraft wide-angle camera on 27 November 2012 at a distance of approximately 418 000 kilometres from Saturn and at a Sun-Saturn-spacecraft angle (phase angle) of 96 degrees. Image scale is 28.6 kilometres per pixel.