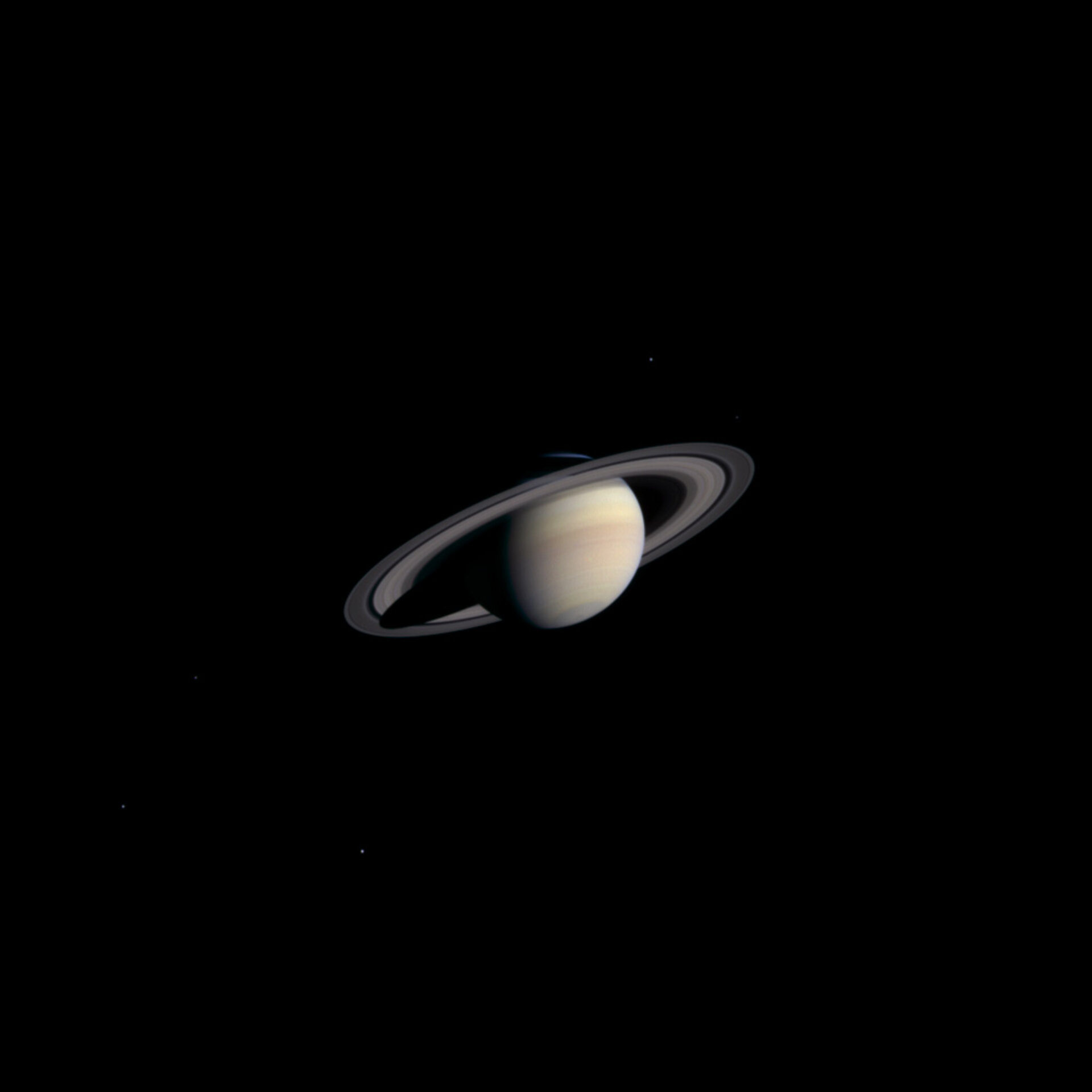 A cold, dusky Saturn looms in the distance in this striking, natural colour view of the ringed planet and five of its icy satellites. This image was composed of exposures taken by Cassini's narrow-angle camera on 9 November 2003 at 08:54 UTC (spacecraft event time) from a distance of 111.4 million kilometres, about three-quarters the distance of the Earth from the Sun, and 235 days from insertion into Saturn orbit. The smallest features visible here are about 668 kilometres aross, which is a marked improvement over the last Cassini Saturn image released on 1 November 2002. New features such as intricate cloud patterns and small moons near the rings should become visible over the next several months as the spacecraft speeds toward its destination.