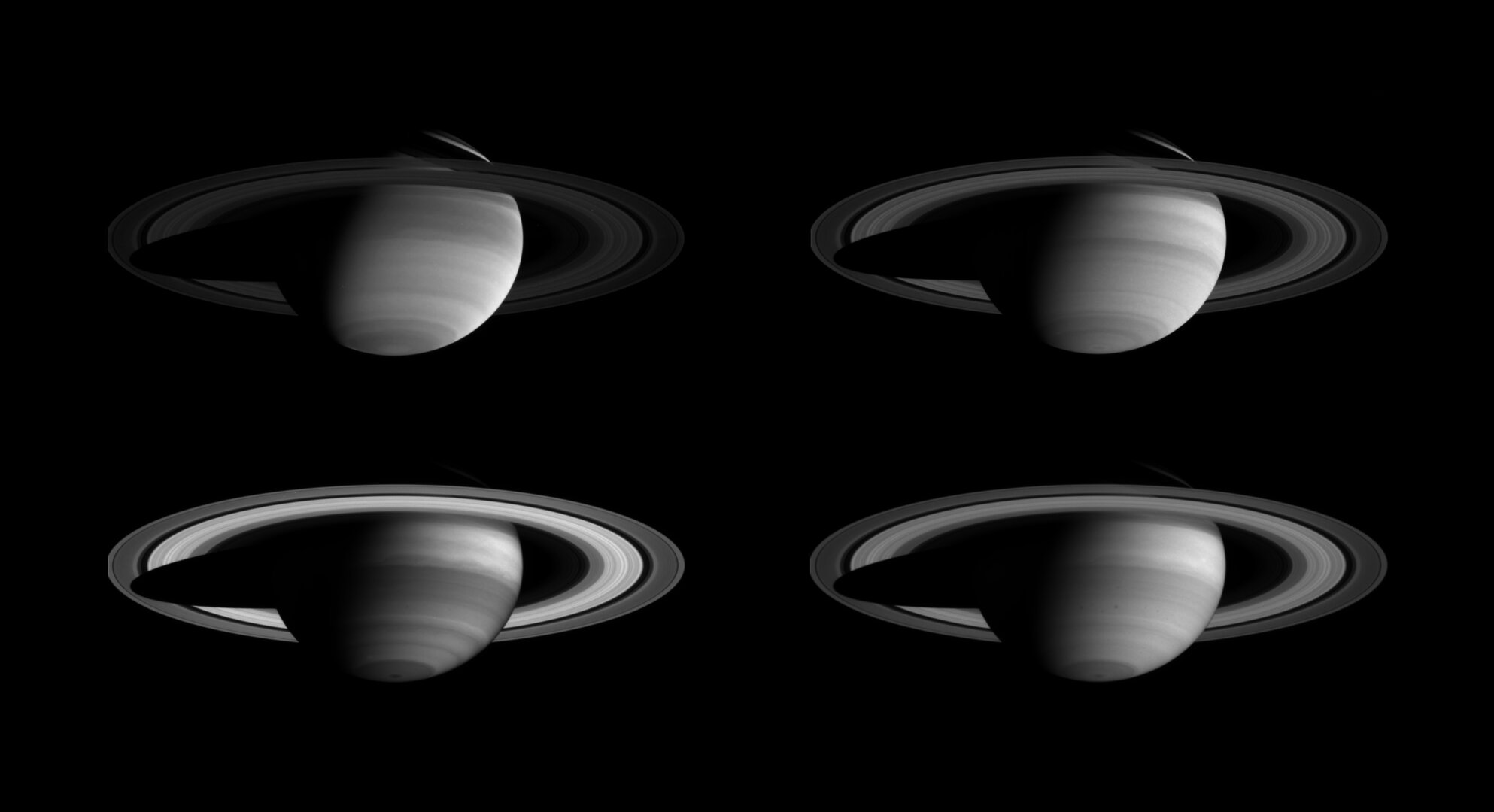 A montage of Cassini images, taken in four different regions of the electromagnetic spectrum from the ultraviolet to the near-infrared, demonstrates that there is more to Saturn than meets the eye.

Cassini-Huygens is a joint NASA/ESA/ASI mission. NASA’s Cassini spacecraft will orbit Saturn for four years, making an extensive survey of the ringed planet. The ESA Huygens probe will be the first to land on a world in the outer Solar System - on the surface of Titan, Saturn’s largest moon. Data from Cassini and Huygens may offer clues about how life began on Earth.