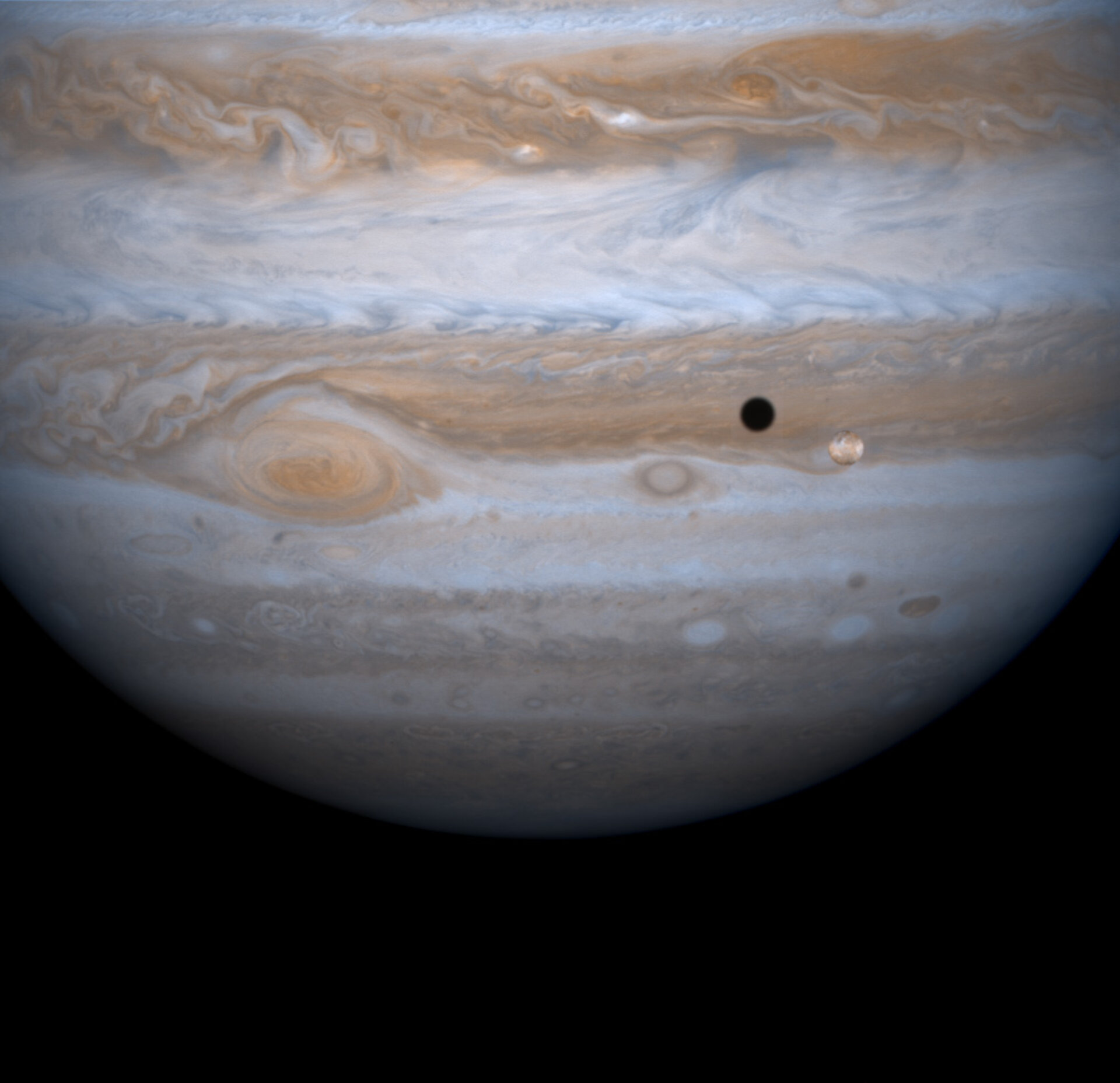 Jupiter's four largest satellites, including Io, the golden ornament in front of Jupiter in this image from NASA's Cassini spacecraft, have fascinated Earthlings ever since Galileo Galilei discovered them in 1610 in one of his first astronomical uses of the telescope.

This true-colour composite frame, made from narrow angle images taken on Dec. 12, 2000, captures Io and its shadow in transit against the disk of Jupiter. The distance of the spacecraft from Jupiter was 19.5 million kilometres. The image scale of the high resolution image is 117 kilometres per pixel.

The entire body of Io, about the size of Earth's Moon, is periodically flexed as it speeds around Jupiter and feels, as a result of its non-circular orbit, the periodically changing gravitational pull of the planet. The heat arising in Io's interior from this continual flexure makes it the most volcanically active body in the solar system, with more than 100 active volcanoes. The white and reddish colours on its surface are due to the presence of different sulfurous materials. The black areas are silicate rocks.