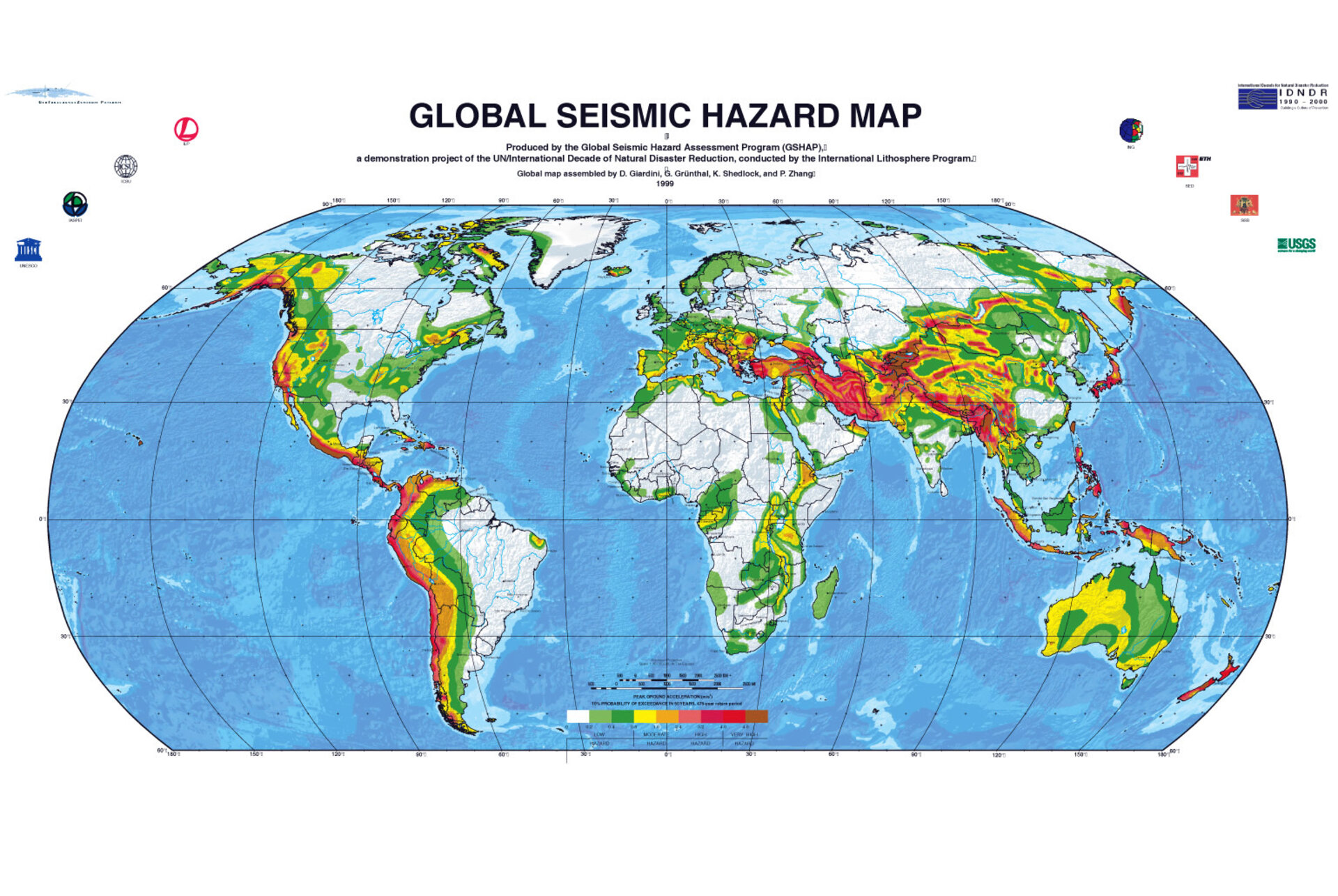 The Global Seismic Hazard map was created by about 500 scientists over seven years, as part of the Global Seismic Hazard Assessment Project. Released in 1999, it shows worldwide seismic hazard - the amount of earthquake activity that can be expected for a given place within a given time. Visible on the map are the two main seismic belts, ringing the Pacific and running along the base of Europe and the southern part of Asia. The belts correspond to tectonic boundaries, and are also associated with volcanic activity.