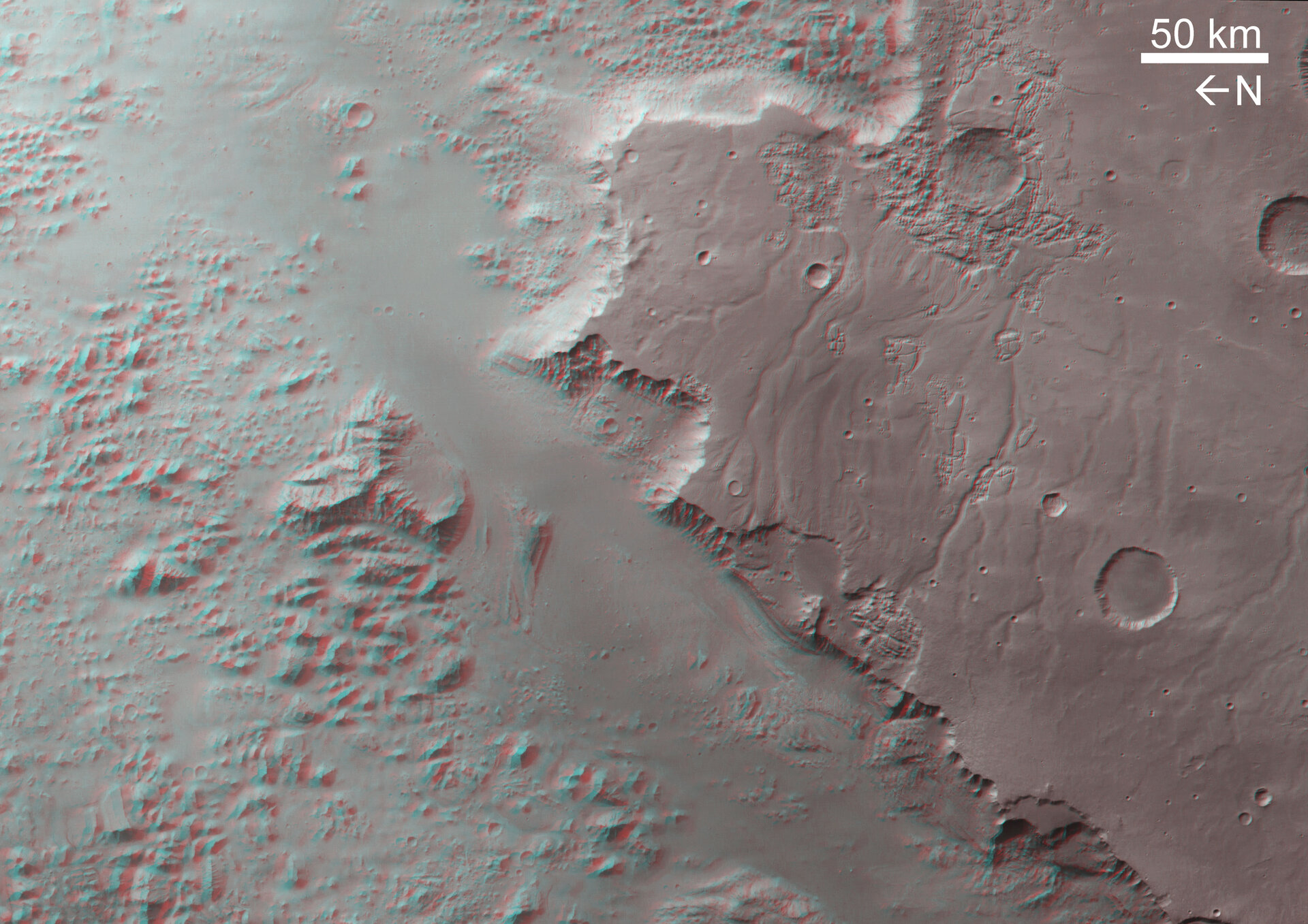 The 3D anaglyph image was created using the nadir and one of the stereo channels.

The perspective views, with height exaggerated by a factor of four, were calculated from the digital terrain model derived from the stereo channels. Image resolution was reduced for use on the internet.