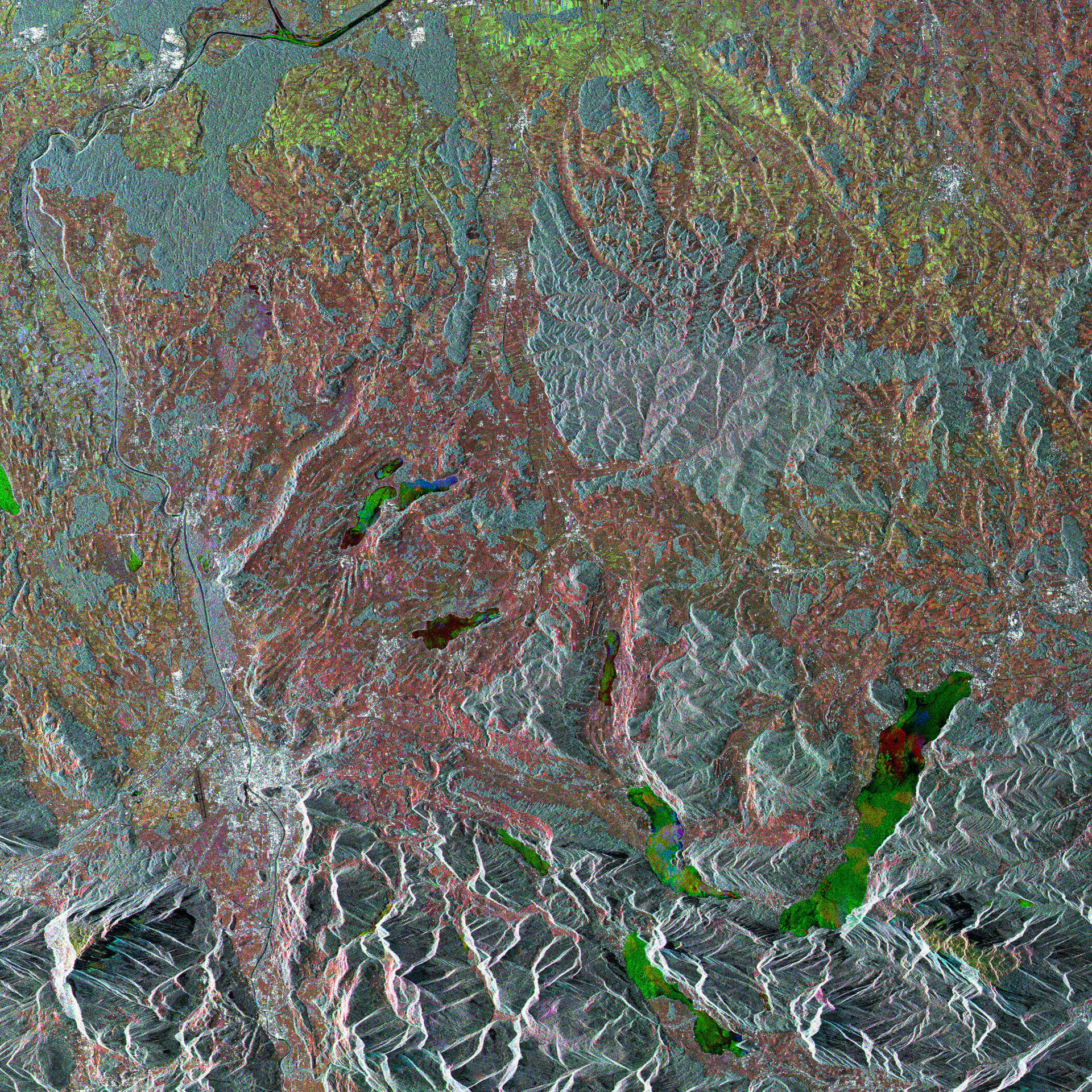 The Austrian town of Salzburg looks as though it is glittering, as seen in this multi-temporal Envisat Advanced Synthetic Aperture Radar (ASAR) image.

Seen to the left of the image, the town is located close to the German border, and nestles between surrounding mountains whose stark relief is clear. Also clear is the path of the River Salzach that divides the town between the old town and new town, and the airport located west of the city.

The city, incorporated into Austria in 1814, takes its name from the German words salz (salt) and burg (castle or fort), as the mining of salt has historically been important to the city.

Famous as the birthplace of the composer Mozart, Salzburg has this week played host to the Envisat Symposium. More than 700 scientists from 50 countries gathered here to address almost all fields of Earth science, including atmospheric chemistry, coastal studies, radar and interferometry, winds and waves, vegetation and agriculture, landslides, natural risks, air pollution, ocean colour, oil spills and ice.