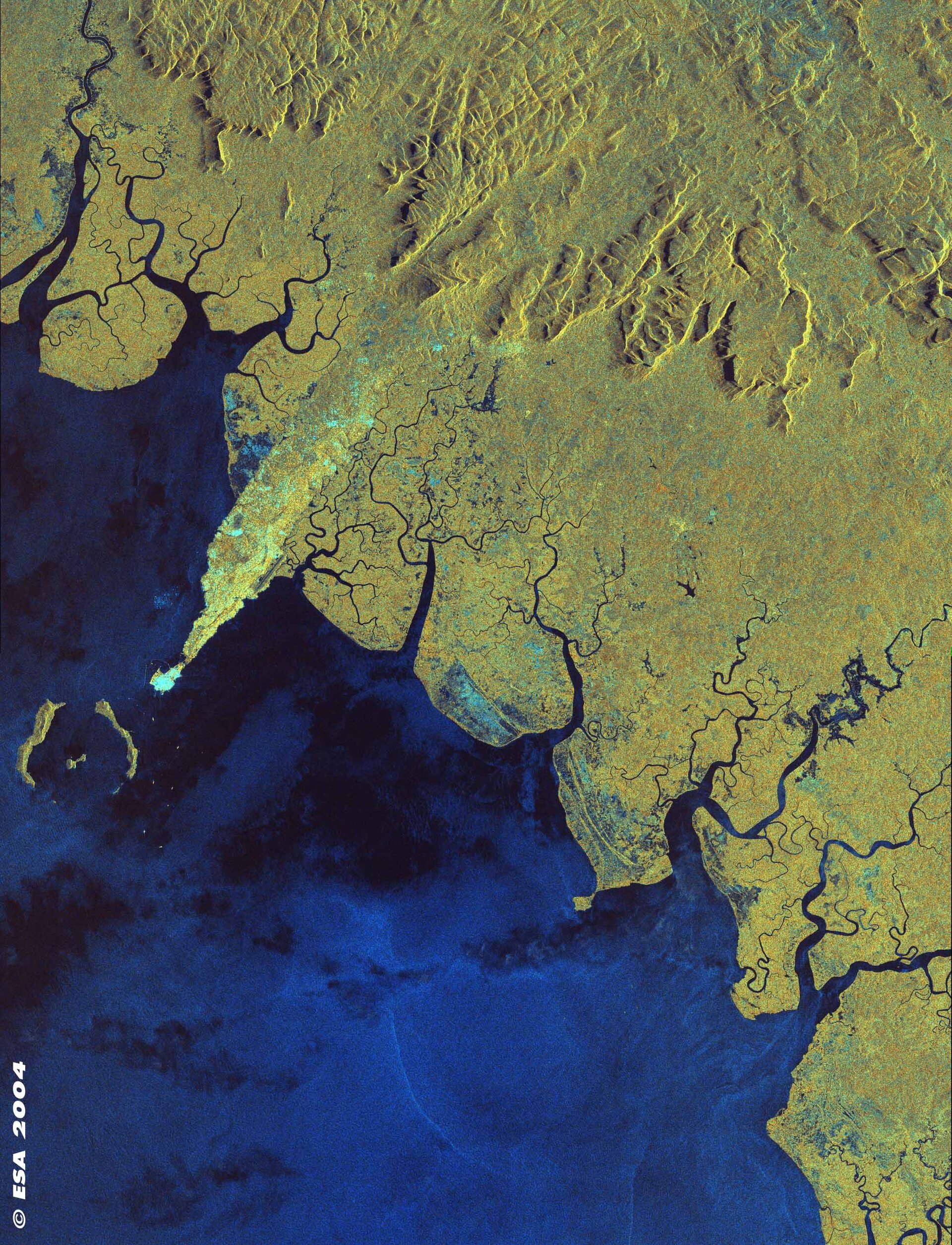 This 2 August Envisat Advanced Synthetic Aperture Radar (ASAR) Alternating Polarisation Position (APP) mode image shows an area, 81.5 km wide by 106.8 km long, covering the country of Guinea. Guinea is situated in western Africa, bordering the Atlantic Ocean, between Guinea-Bissau and Sierra Leone. Conakry, the capital, largest city, and principal port of the republic of Guinea, is seen in cyan colour in the centre left part of the image. The islands five to ten km southwest of town are the "Iles de Los". Conakry became the capital of independent Guinea in 1958 and it is the focus of the nation's transport routes and is its main administrative and commercial centre. In the northwest of the city can be distinguished its harbour with several boats.


Envisat's ASAR is the first permanent space-borne sensor to incorporate dual polarisation capabilities - transmitting and receive signals either horizontally polarized (H) or vertically polarized (V). The image is a colour composite where the red channel contains the HV polarised image, the green channel contains the HH polarised image and the blue channel contains the ratio between the amplitude in HH and HV. The brown yellow colour that dominates the image results from the sparse vegetation (savannah) that covers the area (medium-low HV and HH backscattering, but HV backscattering higher than HH). The capital, Conakry is seen in cyan tones as it is densely populated (dominant HH backscattering). From the city of Conakry to northeast is seen a bright fringe in yellow colour due to the increasing vegetation and human settlements (high HH and HV backscattering). Coastal plains of Guinea are plenty of swamps, seen in blue tones in the image corresponding to wet areas (low HH and HV backscattering and HV lower than HH). Runway of the airport of Conakry is clearly seen to the northeast of Conakry.