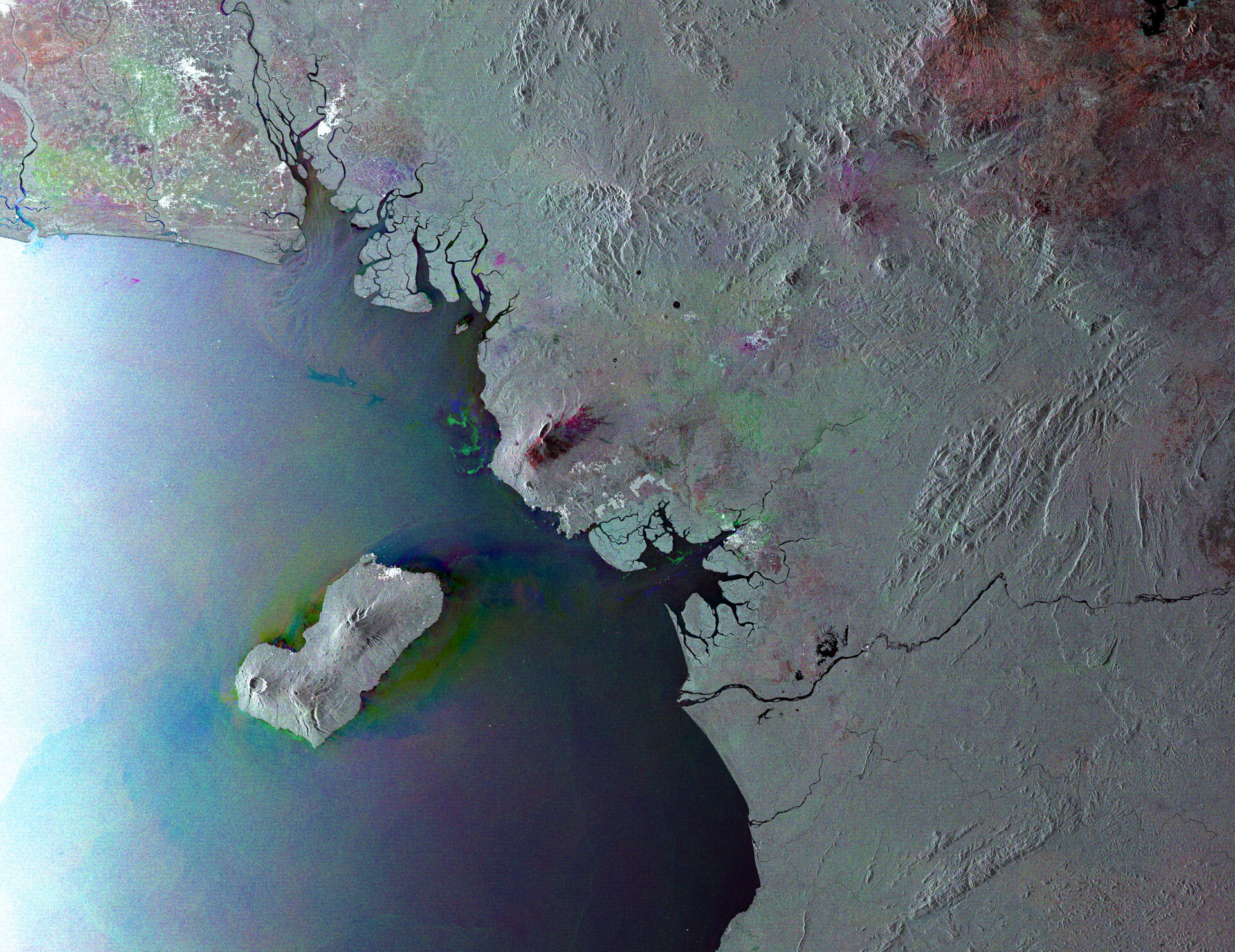 This Envisat image shows West Africa around the Gulf of Guinea, with parts of Nigeria to the north and Cameroon to the east visible. Cameroon’s largest city of Douala is located near the Wouri estuary near the centre of the image. North of the Wouri estuary, the Mount Cameroon volcano is clearly visible. The island of Bioko is pictured just off the coast.

Reflections of Envisat’s radar signal appear like specks of white throughout the image. They are particularly concentrated around cities such as Malabo on the island, Douala near the Wouri estuary and the populated areas of southern Nigeria. These white specks are the typical appearance of built-up areas in radar images, owing to the multiple reflection of the radar beam by buildings and especially metal constructions.

This image is a compilation of three images from Envisat’s radar, acquired on 6 February, 7 March and 6 April 2012 – just two days before communication with the satellite was lost.