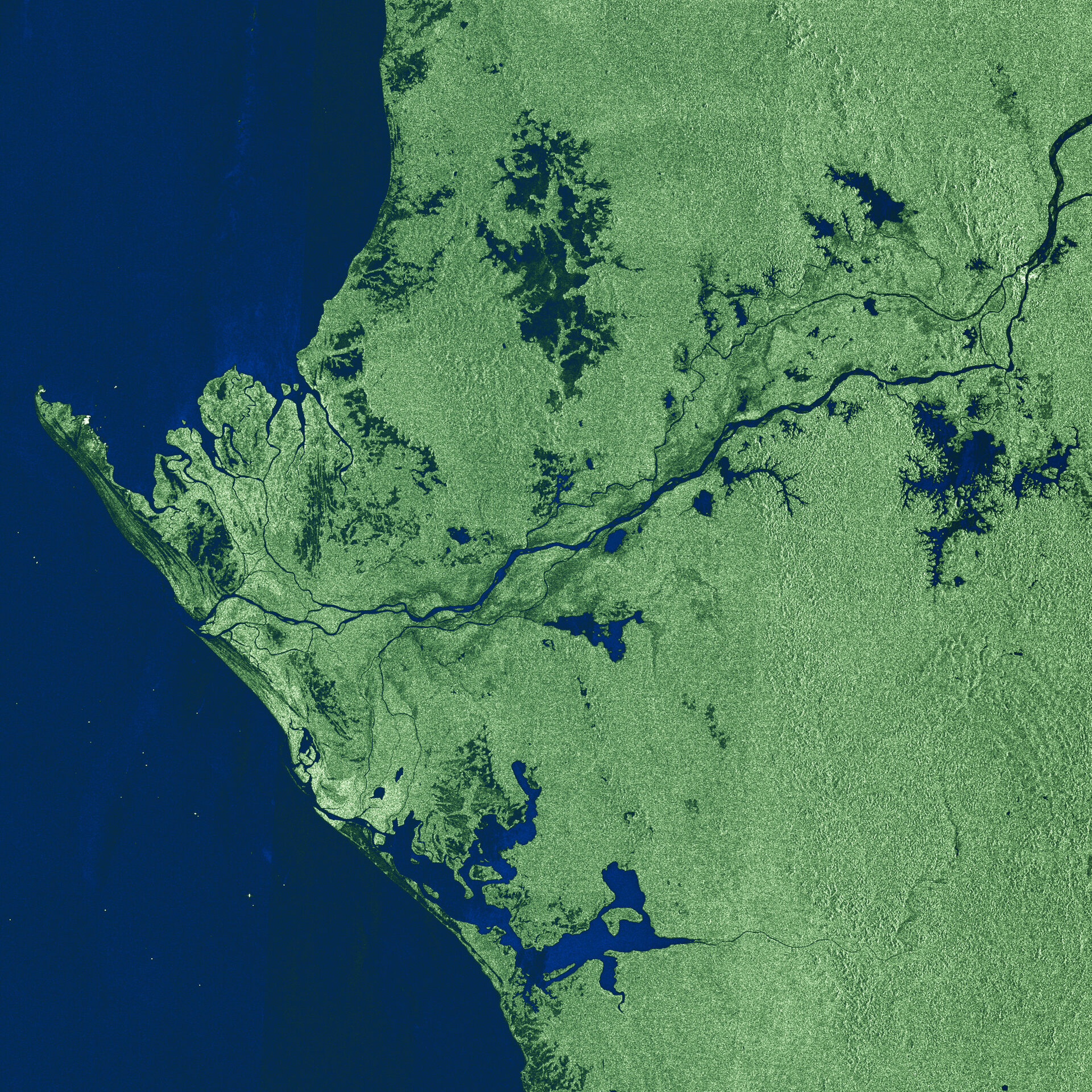 This unobscured satellite view of Gabon shows how Envisat's radar sensor can acquire images over perennially cloudy regions effectively off-limits to its optical counterparts. Gabon is situated in Equatorial Africa, sharing borders with, Cameroon, the Republic of the Congo and Equatorial Guinea with its coast facing the Gulf of Guinea. The image illustrates how the country's geography is dominated by the watershed of the Ogooué (Ogowe) River, which drains almost the entire country, largely made up of undisturbed rainforest.
This false-colour image was acquired on 26 September 2005 by Envisat's Advanced Synthetic Aperture Radar (ASAR) operating in Wide Swath Mode, to provide pixel sampling of 185 metres.