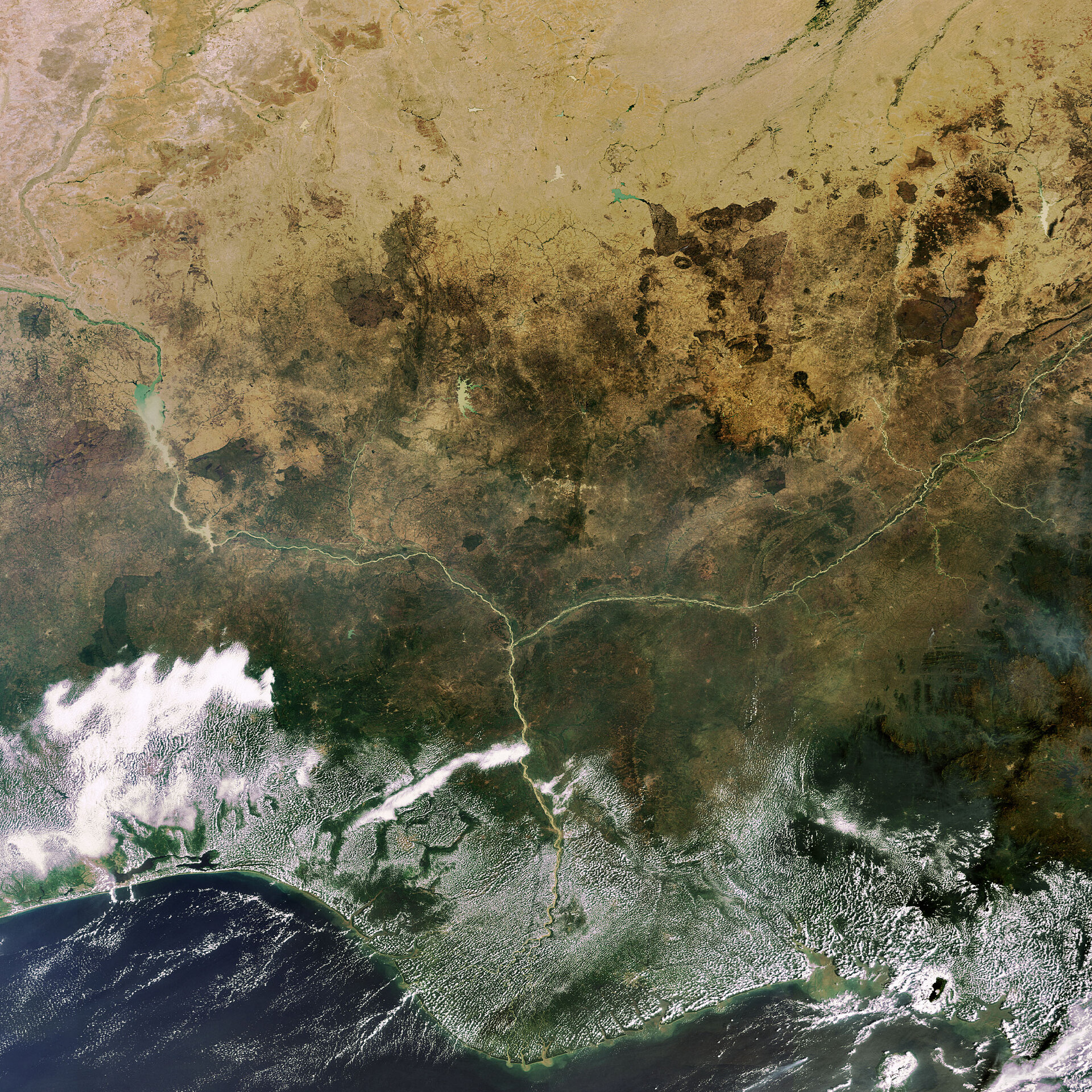 Envisat captures the lower Niger River system in the West African country of Nigeria, where the Niger River (left) and the Benue River merge (centre image). With a length of 4180 km, the Niger River – the longest and largest river in West Africa – is the third longest river in Africa, after the Nile and Congo. Before emptying into the Gulf of Guinea in the Atlantic Ocean, the Niger forms a wide, fan-shaped delta that holds some of the world’s richest oil deposits. Image acquired on 12 December 2007 by the MERIS (Medium Resolution Imaging Spectrometer) instrument aboard ESA’s Envisat satellite.