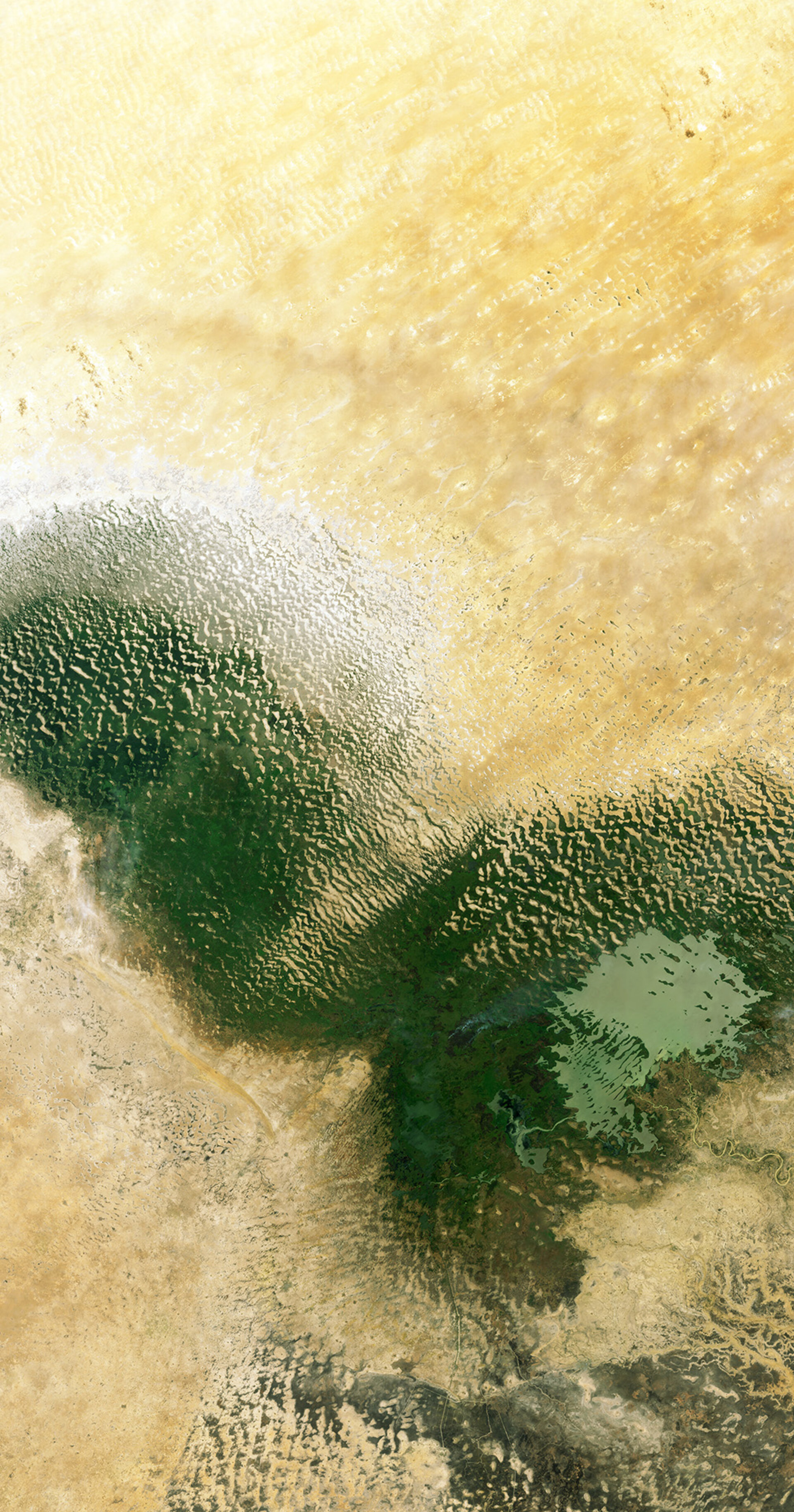 This Landsat-8 image from 4 July 2014 shows Lake Chad in West Africa’s Sahel region – a transition zone between the Sahara Desert to the north and savannahs and woodlands to the south.

The water body is fed primarily by the Chari and Logone Rivers, which are both located in the southwest and flow northward into the lake.

Despite seasonal fluctuations, the surface of the Lake Chad has changed enormously in the last decades, with high losses from the 1960s to 1980s, mainly due to a reduction of precipitation induced by climate change, as well as an increased human demand for water.

But recent assessments indicate a turning trend, particularly from 2004 onwards, from rainfall and the subsequent flooding of the surrounding wetlands.

Water security is of major significance to African countries that are subject to the effects of climate change and an increasing population, affecting the society in terms of access to drinking water, food and energy. The issue is also of political importance as many river basins on the continent cross national borders.

Satellite Earth observation provides an objective, transboundary solution to mapping and monitoring this precious resource on a large scale.