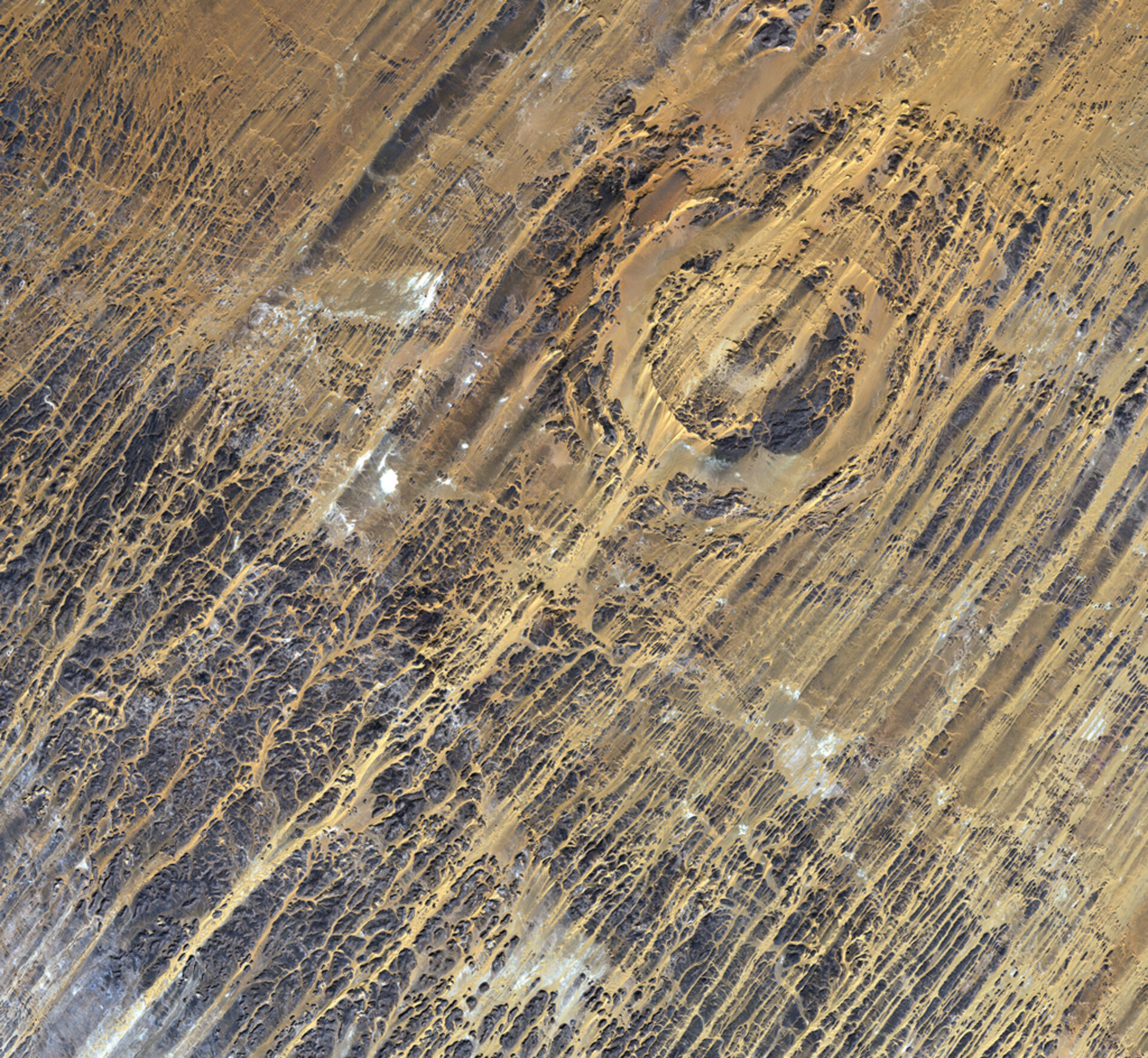 This image from Japan’s ALOS satellite shows the Aorounga Crater in northern Chad.

The crater is just south of the Tibesti Mountains, a range of inactive – with some potentially active – volcanoes in the central Sahara desert.

Measuring about 12 km across, the crater was created by a meteorite impact about 340 million years ago.

Clearly visible is the dark, central peak, caused by material splashing up after the impact, similar to how water bounces back up when a stone is thrown in. This peak is surrounded by a low, sand-filled ring, which is surrounded by another ring of rock from when the material was thrown outwards. A distinctive low, sand-filled trough circles the others – the outer edges of the initial impact.

The linear rock ridges that run diagonally across this image are ‘yardangs’ and are formed by wind erosion. Here, we can clearly see how the wind blows from northeast to southwest. Sand dunes form in the wind-cut valleys between the rock ridges of the yardangs.

Japan’s Advanced Land Observation Satellite captured this image on 3 November 2010. ALOS was supported as a Third Party Mission, which means that ESA used its multimission ground systems to acquire, process, distribute and archive data from the satellite to its user community.