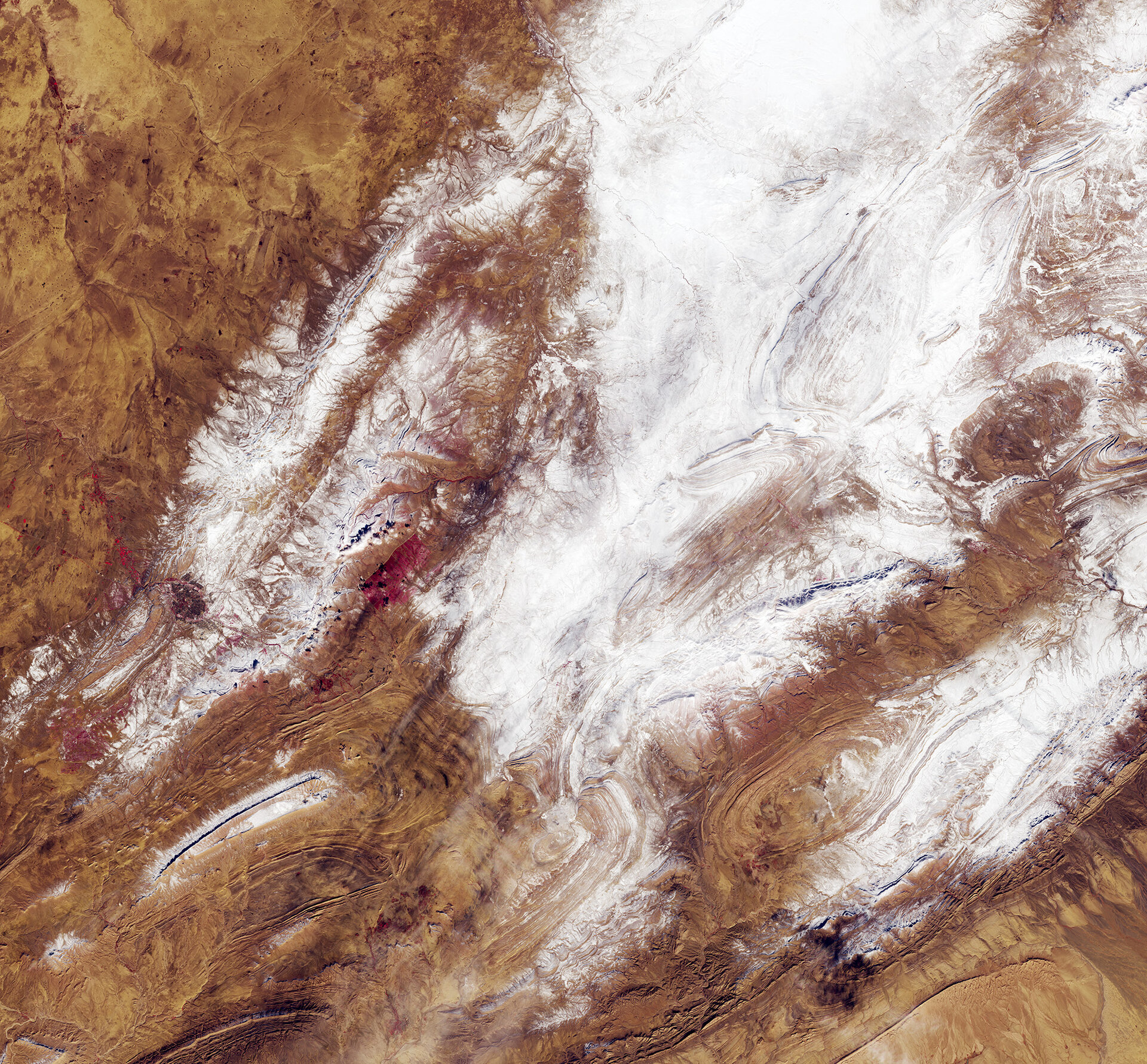 The Copernicus Sentinel-2 mission has captured rare snowfall in northwest Algeria, on the edge of the Sahara desert.

Part of the Sahara was covered with snow on 7 January 2018, despite the desert at times being one of the hottest places on Earth. The snow was reported to be up to 40 cm thick in some places.  Although temperatures plummet during the night, snowfall is very unusual in the Sahara because the air is so dry. It is only the third time in nearly 40 years that this part of the desert has seen snow.

Most of the snow had melted by the end of the next day, but luckily the Sentinel-2A satellite happened to be in the right place at the right time to record this rare event from space. The image was acquired on 8 January.

While snow is common in the High Atlas Mountains, the image shows that, unusually, snow fell on the lower Saharan Atlas Mountain Range. The image is dominated by the orange–brown dunes and mountains dusted with snow.

The town of El Bayadh can be seen towards the bottom left. To the east of El Bayadh, a cultivated forest is visible as a red rectangle. The image, which has been processed to display vegetation in red, shows that there is very little flora in the region.

The two Copernicus Sentinel-2 satellites each carry a high-resolution camera that images Earth’s surface in 13 spectral bands. The mission is largely used to track changes in Earth’s land and vegetation, so useful for monitoring desertification.