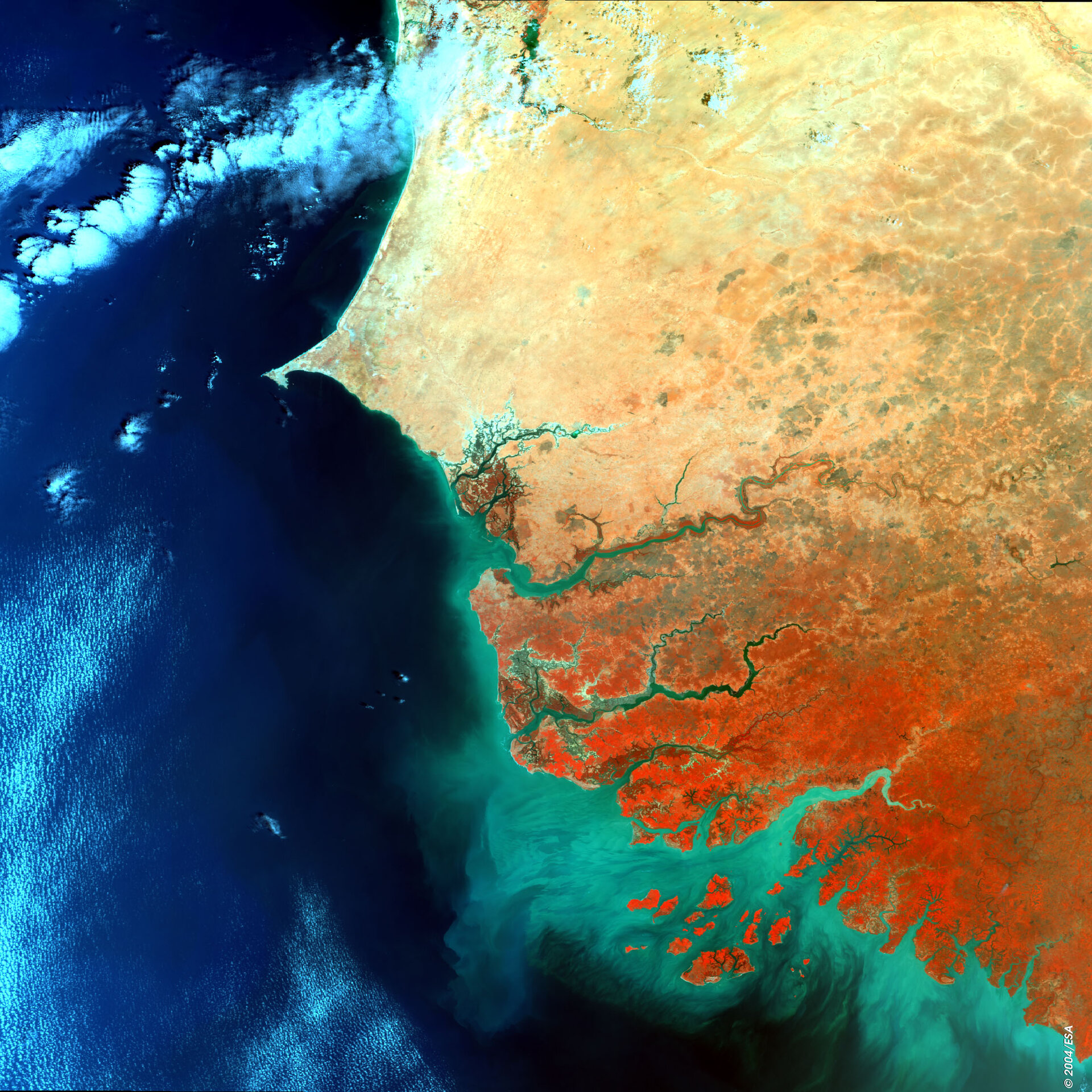 The most striking feature in this MERIS (MEdium Resolution Imaging Spectrometer) image is the contrast between the desert areas of Senegal in the north to the vegetated coastal plains of Guinea-Bissau, The Gambia and southern Senegal (shown in red on the image).

The country of Guinea-Bissau also incorporates Bijagos Archipelago. These lie off the coast opposite the River Ge'ba estuary. The Bijagos includes 15 large islands with numerous smaller ones. There are separated from the mainland and the capital Bissau, at the mouth of the river, by a 16 km channel. The green colour of the sea around the islands is caused by sediment being swept out to sea from the river.

To the north of the image in Senegal we can see clearly the "hook-shaped" Cape Verde peninsula. At the end of the peninsula is the country's largest city and capital, Dakar.