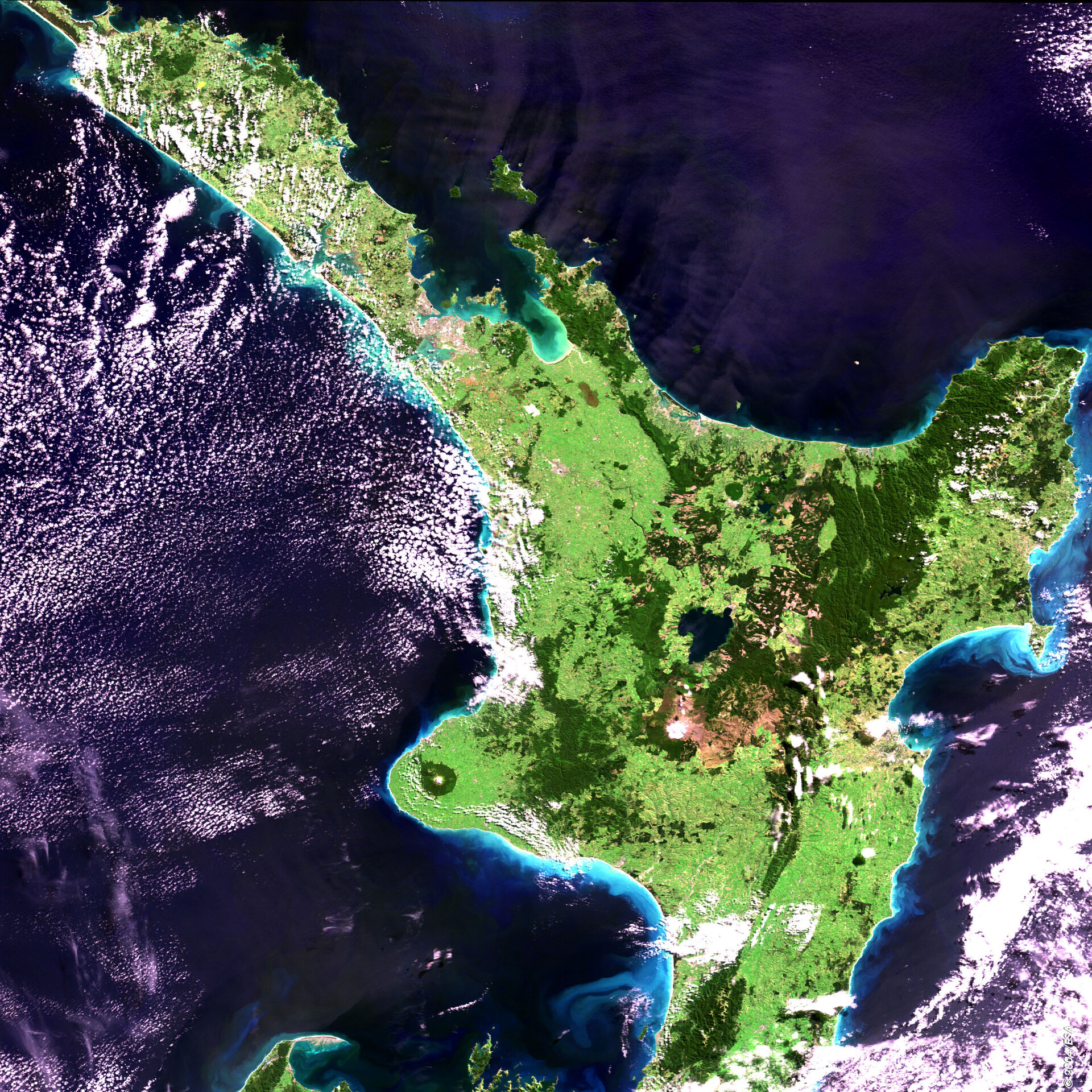 This MERIS (MEdium Resolution Imaging Spectrometer) image shows New Zealand's North Island. To the northwest the cities of Auckland and Manukau can be seen in the browner shades.

Much of the island is grasslands, shown in lighter green. The dark green is more forested areas, particular in the national parks of Urewera, to the east of the island and Tongariro in the centre. Urewera National Park protects the largest remaining native forest on the North Island. Tongariro is more mountainous with 3 volcanoes Mts. Tongariro, Ngauruhoe and Ruapehu, the latter North Islands highest peak at 2,797 m.

The circular feature in the southwestern part of the island is the forested flanks of the dormant volcano Mt. Taranaki situated in Egmont National Park.

Around the island the lighter blue in the sea shows how the currents are transporting sediment. The greener area within the Bay of Plenty is also likely to be a response to the much shallower water in this area.