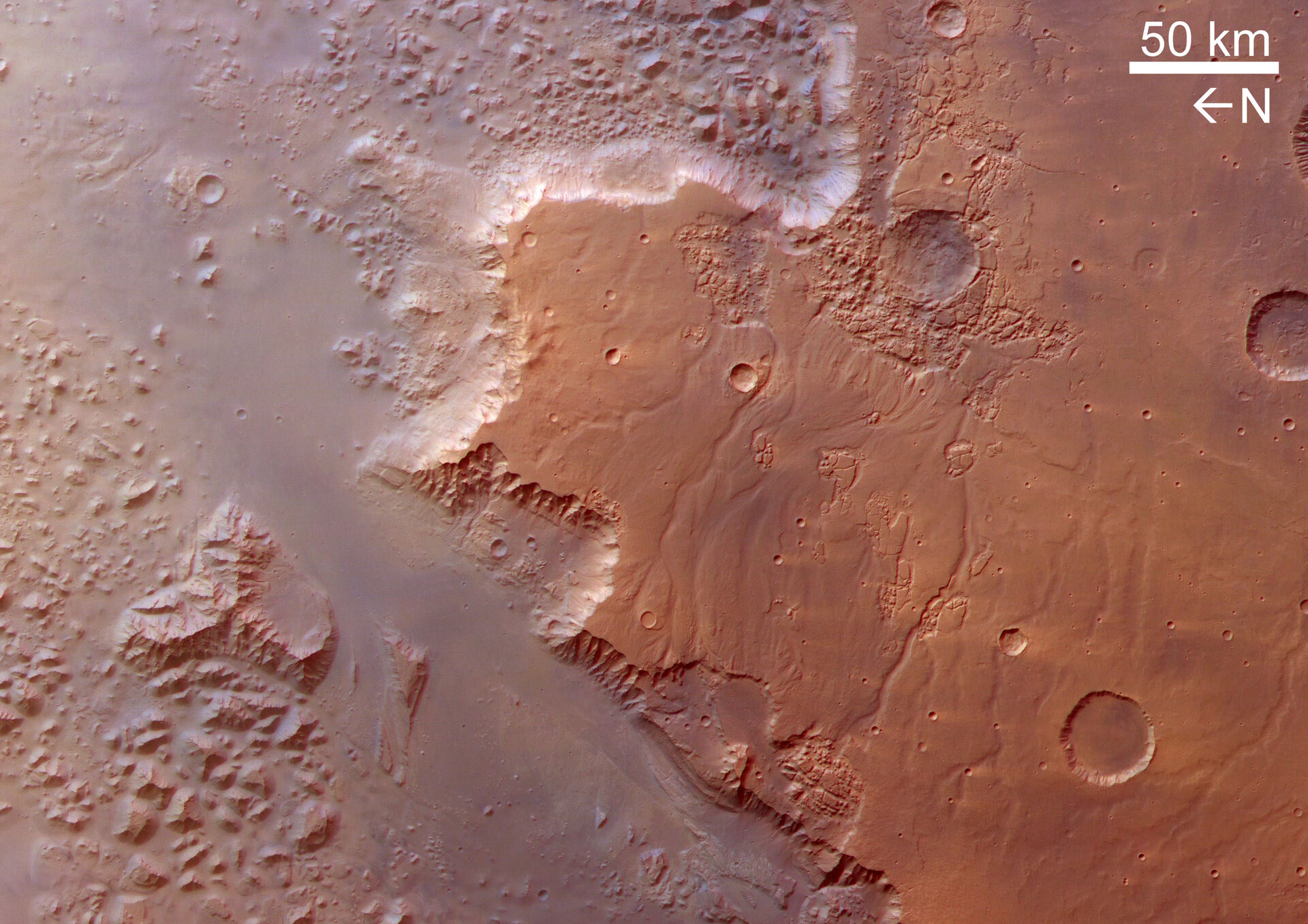 The colour image was created from the HRSC’s nadir (vertical view) and three colour channels.