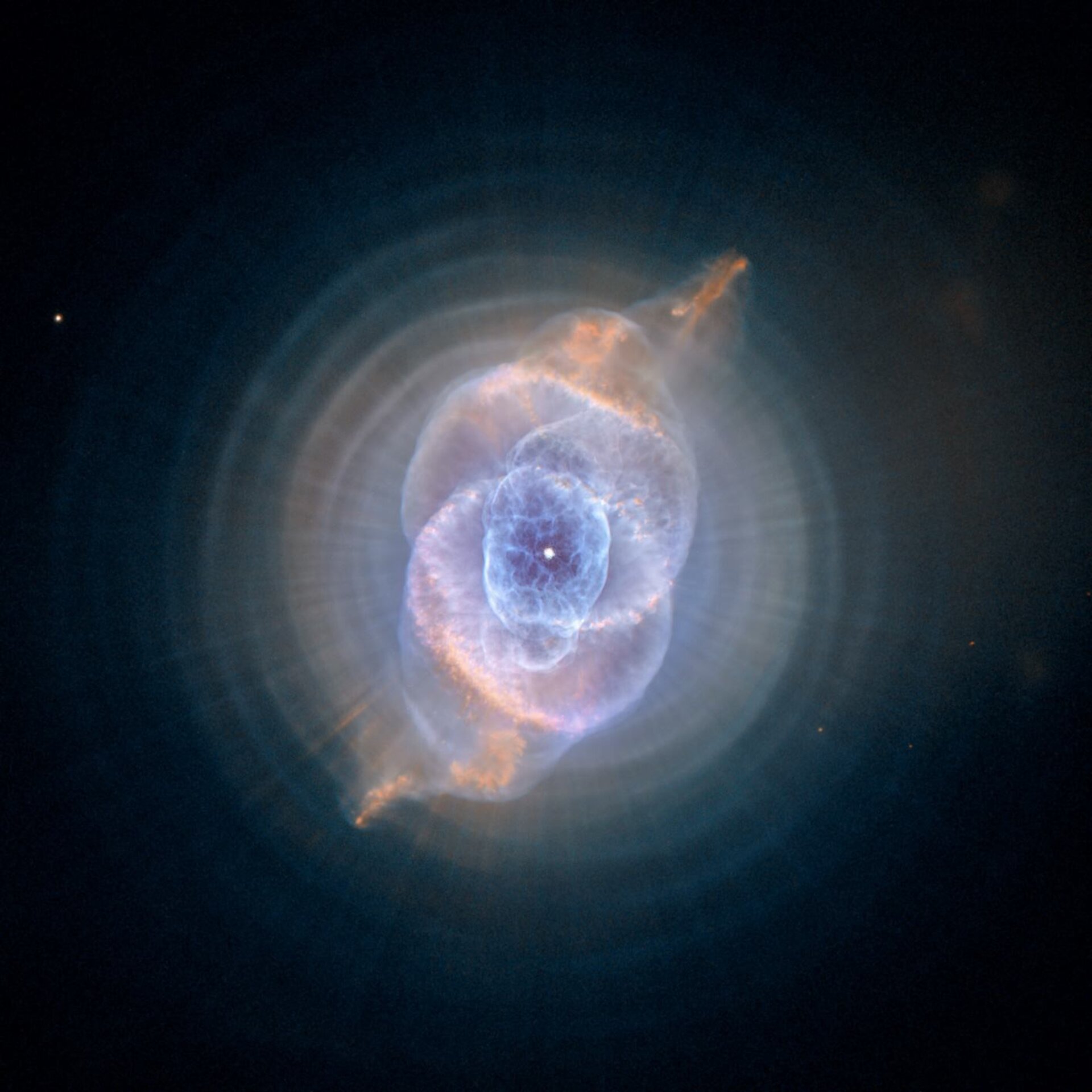 Three thousand light years from Earth, the Cat’s Eye Nebula (NGC 6543) is a sight that draws in the human eye. In this image from the NASA/ESA Hubble Space Telescope, numerous bubbles are visible – shapes generated by the ejection of glowing gas as the star at its centre approaches the end of its life.

While large stars die in supernova explosions, average Sun-like stars form planetary nebulas as they exhaust their fuel supplies and slowly expire. The name ‘planetary nebula’ arose because the round shape, sculpted as layers of material are ejected, looked a little like a planet in small telescopes.

The Cat’s Eye Nebula was discovered by William Herschel in 1786, and remains an interesting target for ground-based astronomers. Amateurs can see the magnitude 8.1 blob in the sky well enough to resolve the Cat’s Eye shape, while large telescopes have identified a wider halo extending into space.

This image was published on the ESA Portal in 2004, but the Hubble Space Telescope first revealed the nebula’s intricate structure in 1994.

Observations of its intricate concentric gas shells and unusual shock-induced knots of gas suggest that the star ejected its mass in a series of pulses at 1500 year intervals. These convulsions created dust shells that each contain as much mass as all of the planets in our Solar System combined.