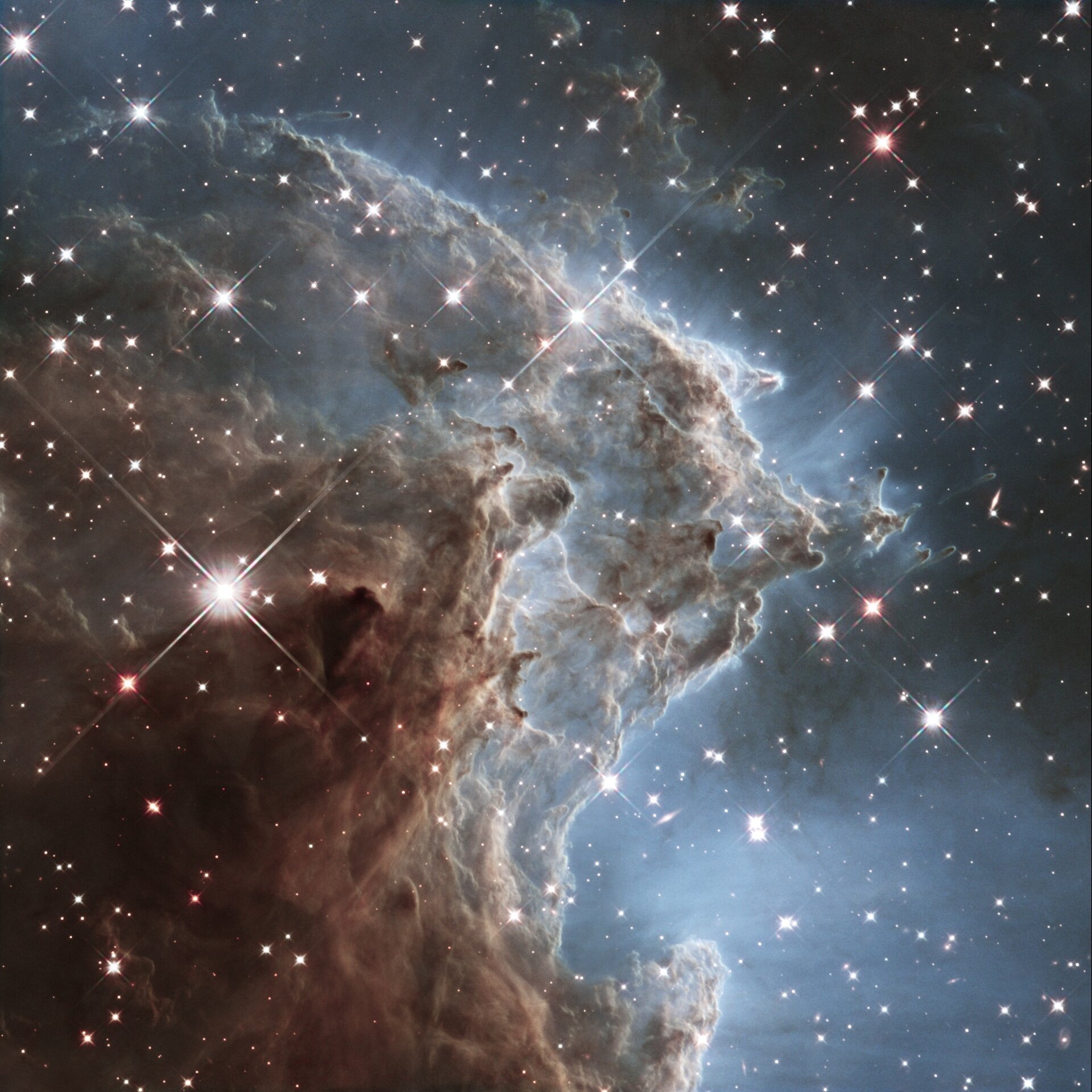 Each year the NASA/ESA Hubble Space Telescope releases a brand new image to celebrate its birthday. This year, the subject of its 24th celebratory snap is part of the Monkey Head Nebula, last viewed by Hubble in 2001, creating a stunning image released in 2011.

Otherwise known as NGC 2174, this cloud of gas and dust lies about 6400 light-years away in the constellation of Orion (The Hunter). Nebulas like this one are popular targets for Hubble – their colourful plumes of gas and fiery bright stars create ethereally beautiful pictures, such as the telescope’s 22nd and 23rd anniversary images of the Tarantula and Horsehead nebulas.

This region is filled with young stars embedded within bright wisps of cosmic gas and dust. Dark dust clouds billow outwards, framed against a background of bright blue gas. These striking hues were formed by combining several Hubble images taken through different coloured filters, revealing a broad range of colours not normally visible to our eyes.

These vivid clouds are actually a violent stellar nursery packed with the ingredients needed for building stars. The recipe for cooking up new stars is quite inefficient, and most of the ingredients are wasted as the cloud of gas and dust disperses. This process is accelerated by the presence of fiercely hot young stars, which triggers high-speed winds that help to blow the gas outwards.

This image marks 24 years of Hubble since April 1990, a milestone that will be celebrated at a conference held in Rome, Italy, this week. The “Science with the Hubble Space Telescope IV” conference will highlight and celebrate the scientific breakthroughs of Hubble over the last two decades, and look to the future at the topics and key questions that will shape the field of astrophysics in the next decade.