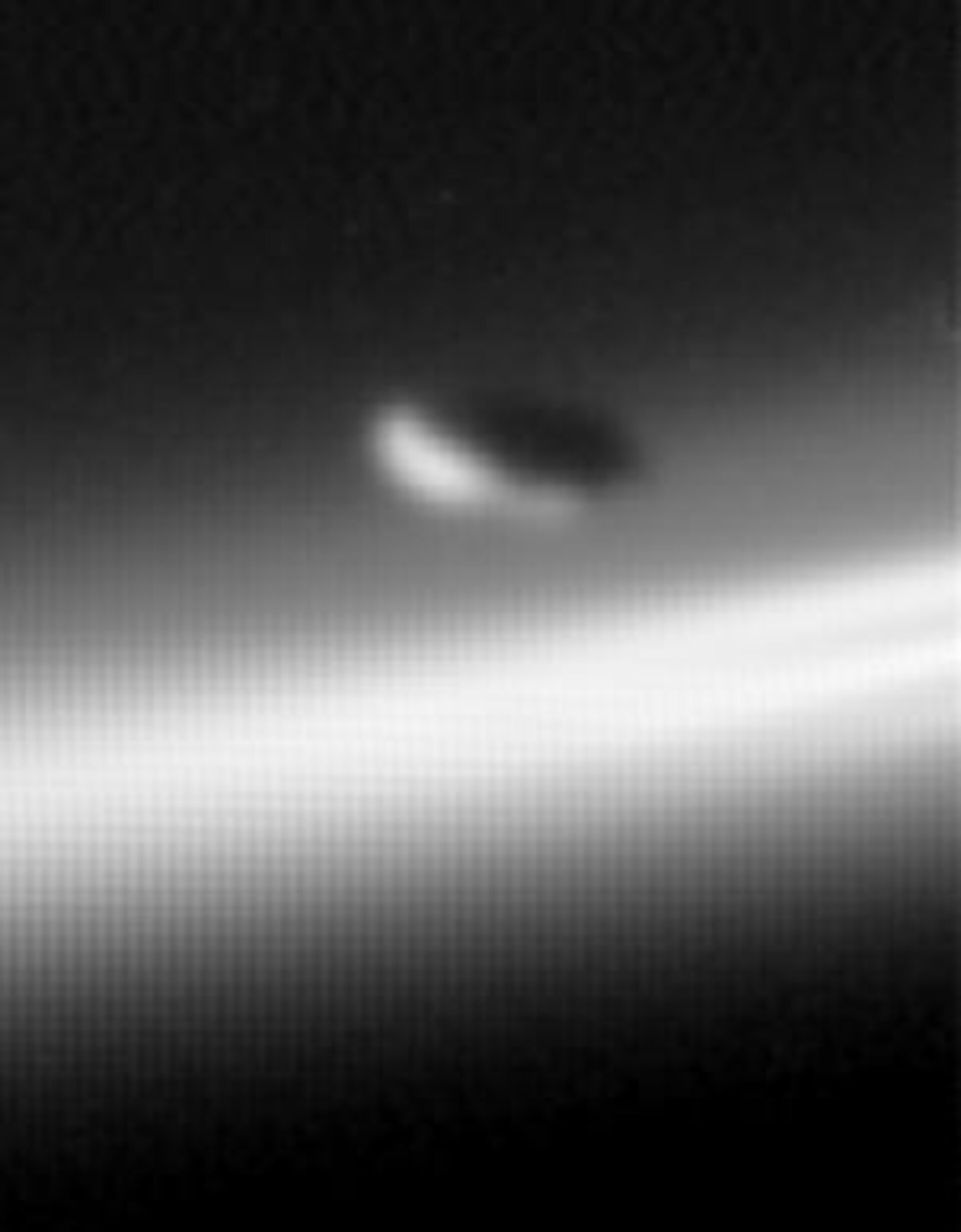 'Shepherd' moon Prometheus (102 kilometres across) is one of the lords of Saturn's rings. The little moon maintains the inner edge of Saturn's thin F ring, while the slightly smaller Pandora (84 kilometres) guards the ring's outer edge.

This view is a composite of nine raw images combined in a way that improves resolution and reduces noise. The final image was magnified by a factor of five.

The component images were taken over about ten and a half minutes. During that time, the spacecraft's motion caused some blurring of the F ring in the background. Cassini-Huygens was below the ring plane at the time the images were obtained, and the view here is across the rings toward the distant arm of the F ring. Sunlight is coming from below left.

These images were obtained with the Cassini-Huygens spacecraft wide-angle camera on 1 July 2004, around the time Cassini-Huygens entered Saturn's orbit. The spacecraft's distance from the planet ranged from approximately 181 000 to 190 000 kilometres during the time the exposures were taken. The image scale is approximately 11 kilometres per pixel.