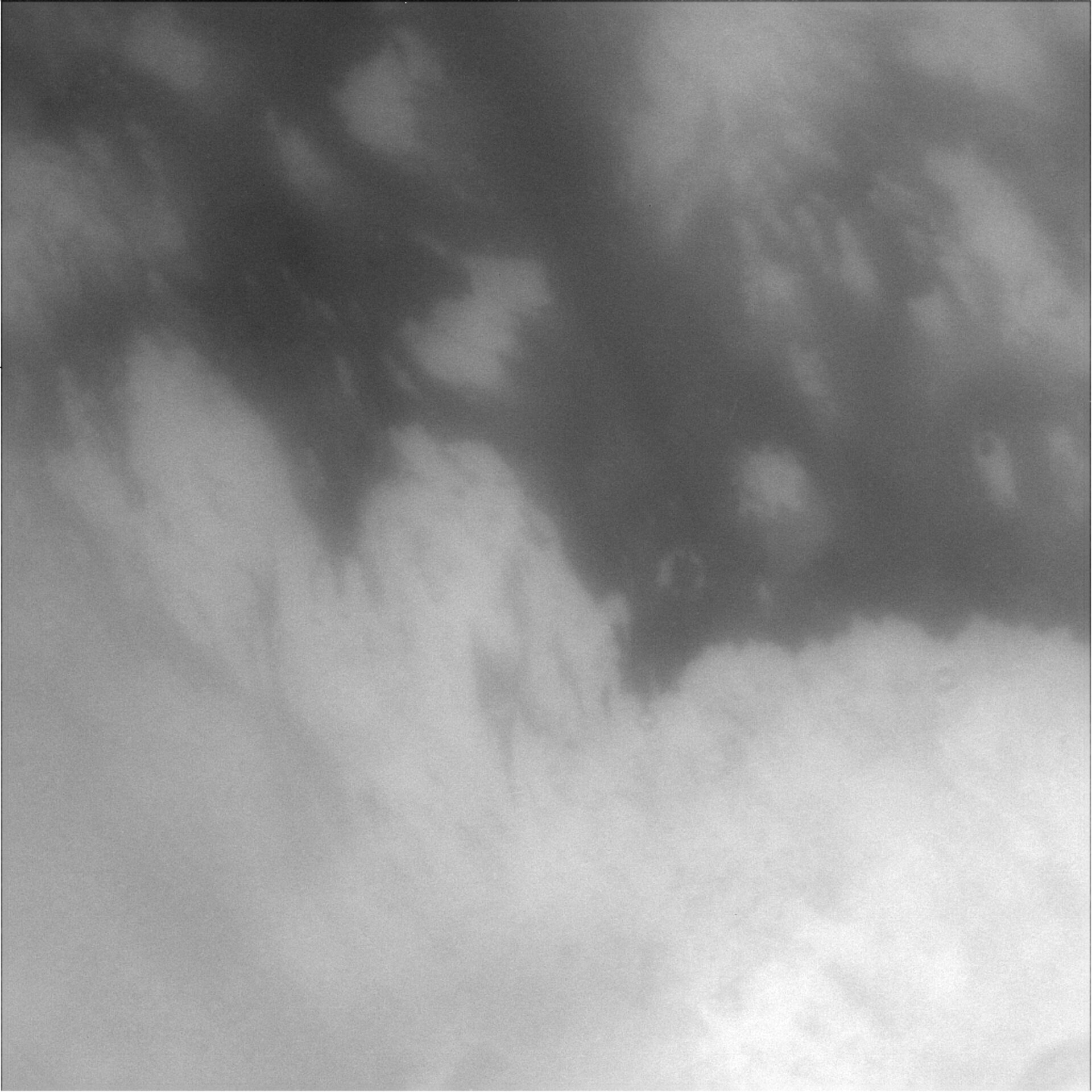 This image is one of the closest ever taken of Saturn's hazy moon Titan. It was captured by the NASA/ESA/ASI Cassini-Huygens spacecraft's Imaging Science Subsystem on 26 October 2004, as the spacecraft flew by Titan. At its closest, Cassini-Huygens was 1200 kilometres above the moon, 300 times closer than during its first fly-by on 3 July 2004.