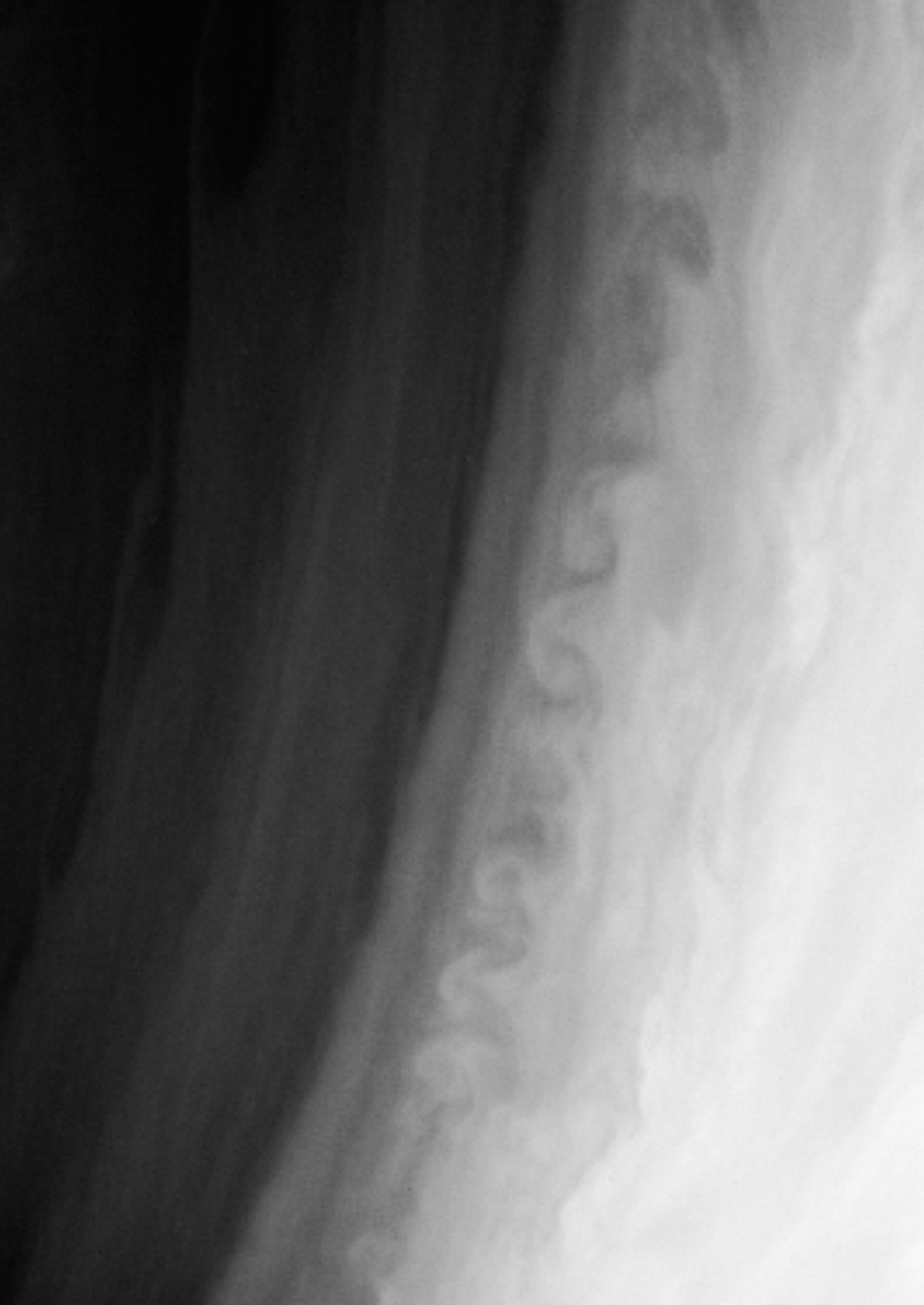 Turbulence in the atmosphere of Saturn

This image was taken with the NASA/ESA/ASI Cassini-Huygens spacecraft narrow-angle camera on 9 October 2004, at a distance of 5.9 million kilometres from Saturn through a filter sensitive to wavelengths of infrared light centred at 889 nanometres. The image scale is 69 kilometres per pixel.

This pattern is an example of a 'Kelvin-Helmholtz instability', which occurs when two fluids of different density flow past each other at different speeds.