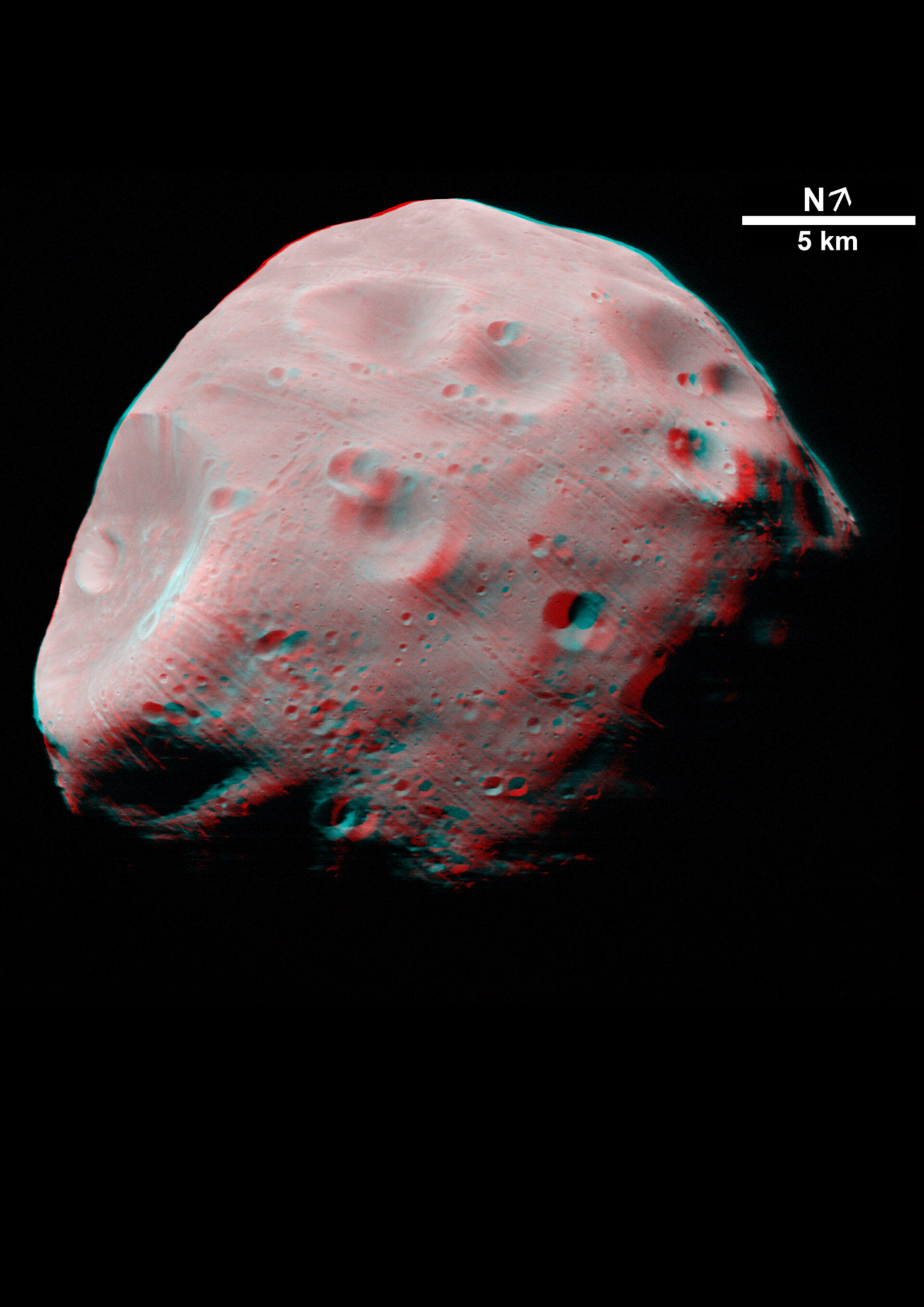 This 3D anaglyph image was generated from a combination of the nadir (vertical view) and blue channels of the HRSC. Due to geometric reasons the scale bar is only valid for the centre of the image.