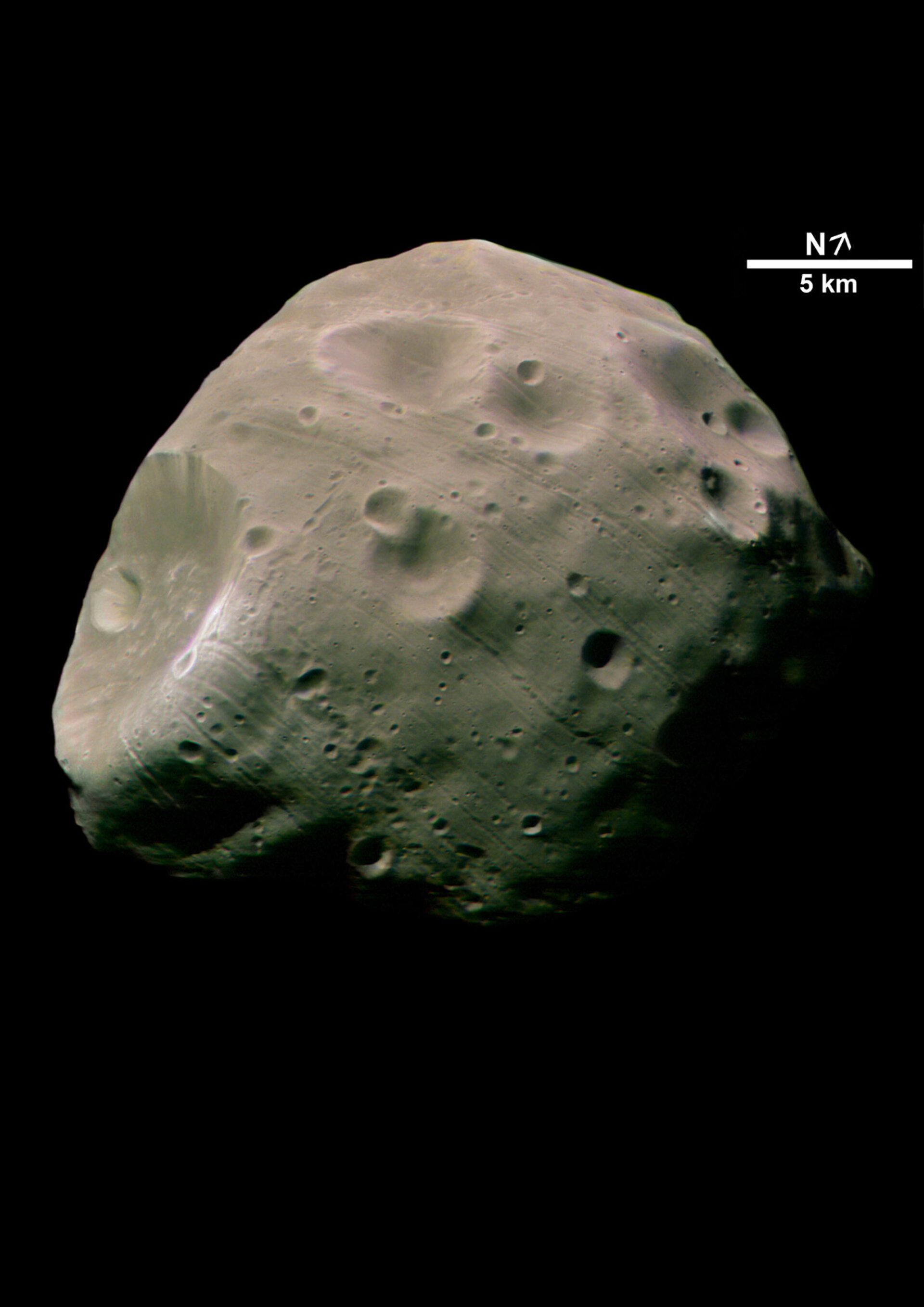 This colour image was calculated from the three colour channels and the nadir channel on the HRSC. Due to geometric reasons the scale bar is only valid for the centre of the image.