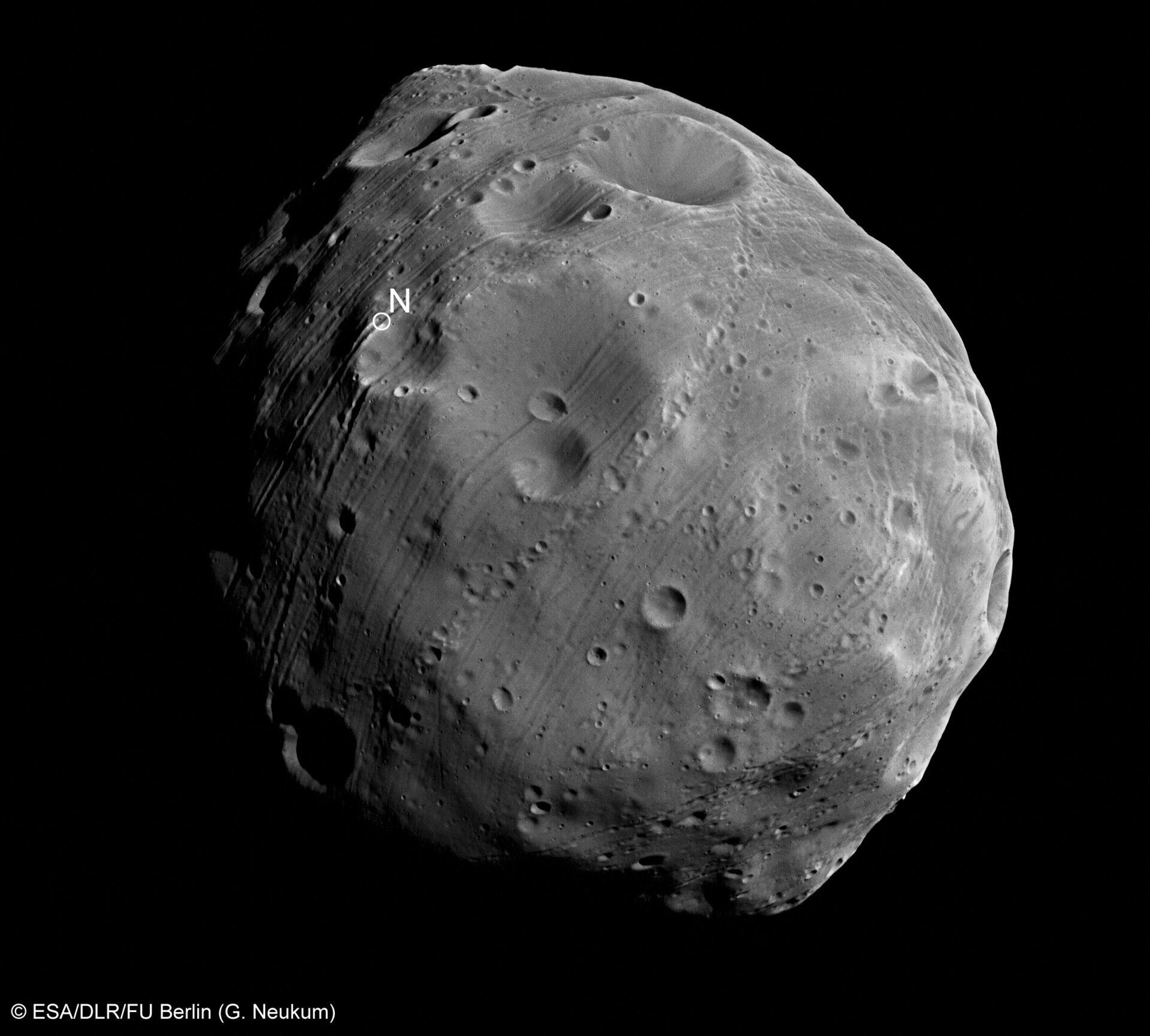 In addition to producing high-resolution maps of the surface of Mars in colour and in 3D, the exploration of Phobos is a scientific priority for the HRSC team. The potato-shaped, 27 × 22 × 18 km moon has already been photographed 127 times by the HRSC, improving our knowledge of the topography of the moon, and providing insight into its origins and development.

This particular image was acquired on 28 July 2008 with the nadir channel of the HRSC. Mars Express was 351 km from Phobos at the time of exposure and the resolution is 14/pixel.
The image shows the northern hemisphere of Phobos marked with innumerable meteor craters. The sign N indicates the location of the North Pole.

Mars Express has come as close as 93 kilometres to the moon which circles the planet in an almost circular equatorial orbit at a distance of 6000 kilometres.