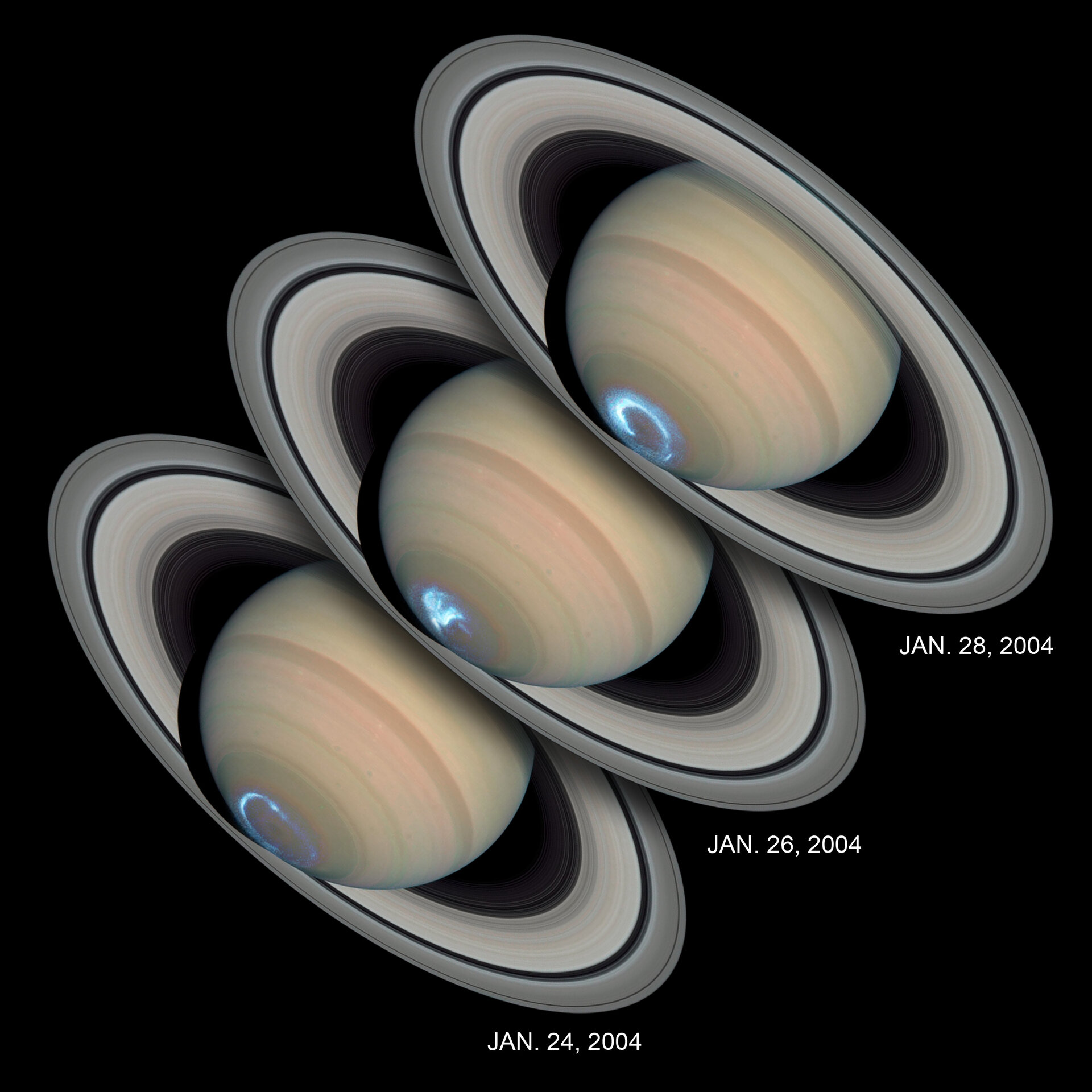 These images reveal the dynamic nature of Saturn’s aurorae. Viewing the planet's southern polar region for several days, NASA's Hubble Space Telescope snapped a series of photographs of the aurora dancing in the sky. The snapshots show that Saturn's aurorae differ in character from day to day, as they do on Earth, moving around on some days and remaining stationary on others. But compared with Earth, where auroral storms develop in about 10 minutes and may last for a few hours, Saturn's auroral displays always appear bright and may last for several days.

The observations, made by Hubble and the Cassini spacecraft, while en route to the planet, suggest that Saturn's auroral storms are driven mainly by the pressure of the solar wind - a stream of charged particles from the Sun - rather than by the Sun's magnetic field.